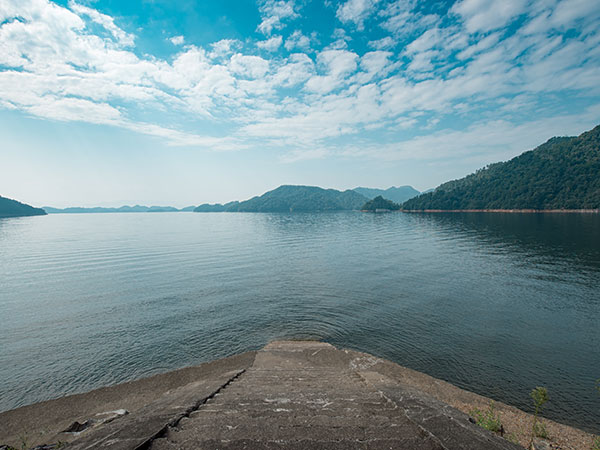 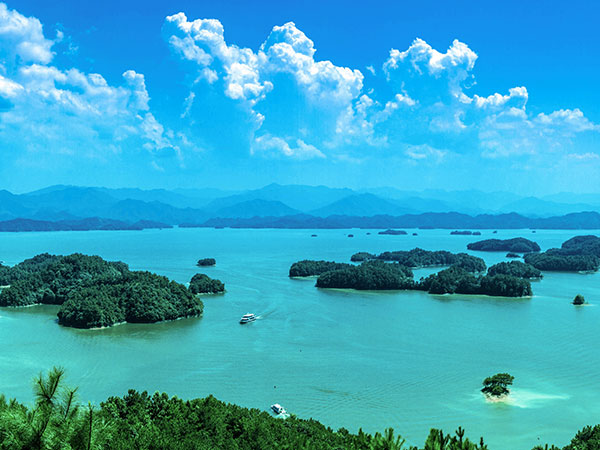 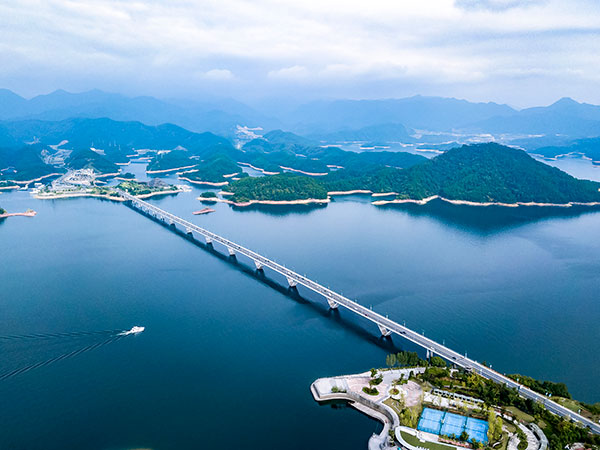 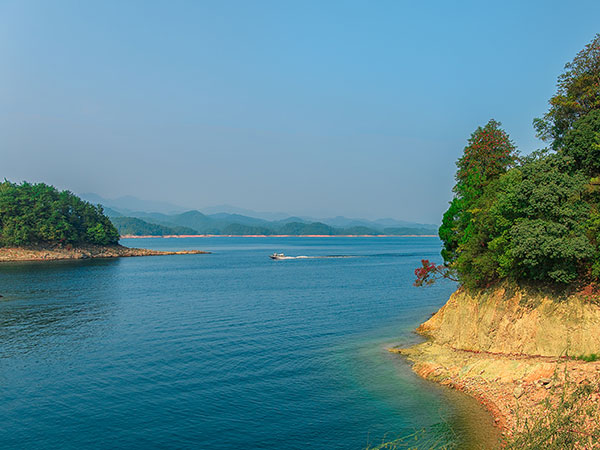 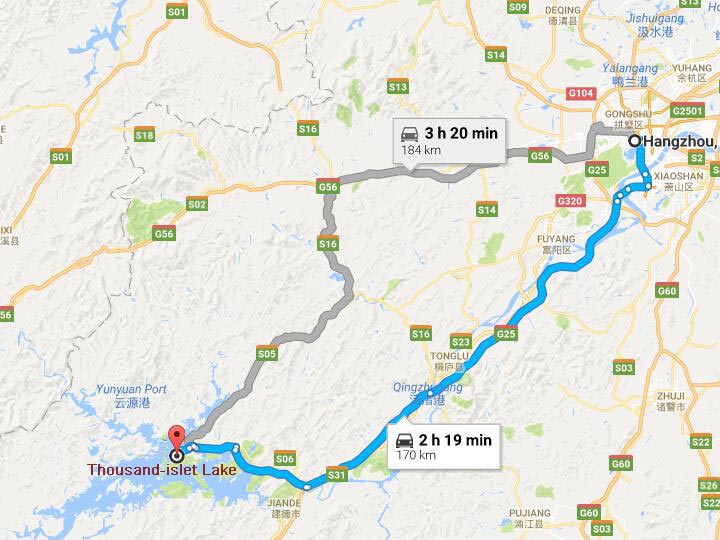 Thousand-islet (Qiandao) Lake is a huge reservoir covering an area of 580 square kilometers on the upper reaches of the Xin'an River, 160km from Hangzhou and Huangshan Mountain. It is an artificial lake formed as a result of being a reservoir for constructing Xin’an River Water Power Plant in 1959.

Thousand Island Lake, also known as Qiandaohu Lake in Chinese, is a man-made lake located in Chun'an County, Zhejiang, China. It is formed after the completion of the Xin'an River hydroelectric station in 1959. There are 1,078 large islands dot the lake and a few thousand smaller ones are scattered across it. The lake covers an area of 573 km² and has a storage capacity of 17.8 km³. It is known for its clear and sometimes drinkable water. The view of the river is a pretty sight for photography. If you are an enthusiastic photographer, who not come here to take amazing photos?

Its more popular attractions include Bird Island, Snake Island, Monkey Island, Lock Island (featuring supposedly the world's biggest lock), and the Island to Remind You of Your Childhood and so on. There are a lot of things for you to explore in this place. The lake has been praised as "Thousand-islet Lake with heavenly appearance" for the green mountains, clear water, astonishing caves and fantastic stones. The lake is embraced by hills with green trees and scores of scenic spots include Huihua Isle, Mishan Isle, Fengping Hill, Bijia Hill, and the Lesser Stone Forest. The large area of forest in this scenic spot makes tourists who stay here comfortably no matter in summer or winter.

【Meifengguan Island】
Meifengguan Island is the island here with the highest elevation. It is located on the western end of Thousand Island Lake, 12 kilometers away from Qiaodaohu Town. It is famous for surrounding nearby dotted islands, criss-crossing harbor, perfect and ecological environment.

【Monkey Island】
Monkey Island is famous for numerous monkeys on the island, which is also the reason why it got its name. But visitors must be careful while touring on the island. You should not provoke the monkeys by teasing with food, or they may hurt you.

Outdoors activities are the draw of this ginormous recreation and resort area - speedboating, water skiing, animal-themed island-hopping, mountain climbing and so on. In addition, visitors can find excellent seafood and everything from budget cabins to five-star hotels.

【Best Time to visit】
Best tourist season in this area is from September to November. the average temperature at 12-18℃ with less rain. April and May is also good, but there is a little too much rain, remember to bring good rain gear. The annual average temperature of this place is 17℃. The rainy season in this area is from early June to early July. From mid-July to late August is late summer season, so the weather is quite hot. The maximum temperature rises to 36℃ in the afternoon.

【How to get there】
Visitors can take direct buses run from Hangzhou West Bus Station to Thousand Island Lake Town. Buses depart every 30 minutes between 6 a.m.-6:50 p.m. Then take a taxi or bus to the scenic area. 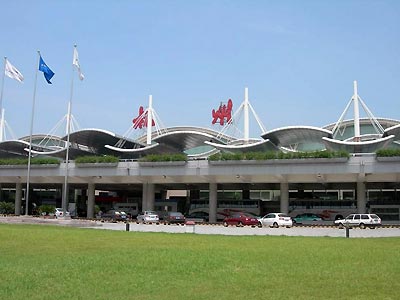 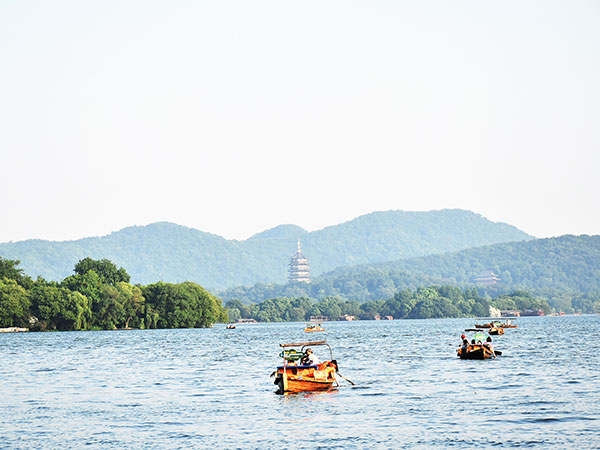