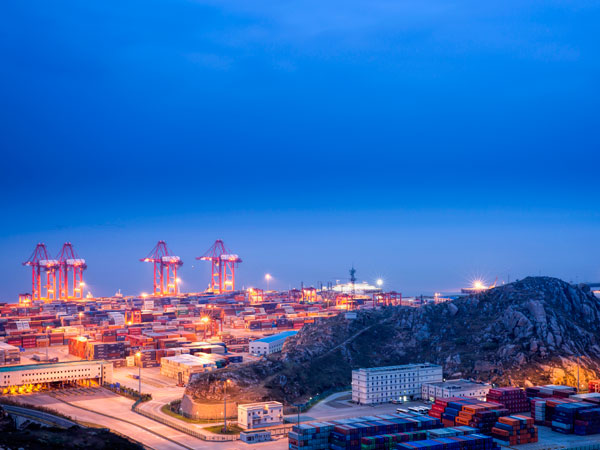 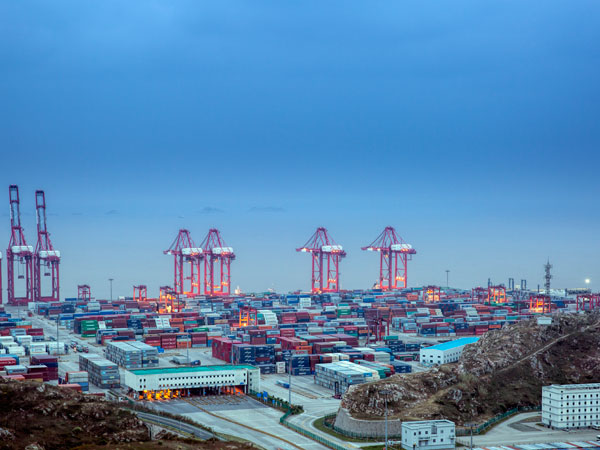 One of the largest port in China

Yangshan Deep Water Port, located in Shanghai China, ranks as the largest cargo port in the world. Yangshan port is a new port in Hangzhou Bay south of Shanghai. Built to circumvent growth limitations for the Port of Shanghai as a result of shallow waters, it allows berths with depths of up to 15 metres to be built, and is capable of handling the largest container ships today.

The Yangshan Deep Water Port is located close to a chain of islands between the Hangzhou Bay and the mouth of the Yangtze River. A natural and superb deepwater port, it's just 45 nautical miles from international waters and about 27 kilometers away from the Luchao Port in Nanhui District. The Donghai Bridge links the port with Shanghai's network of communication lines and gives it good connections with the economic hinterland of the Yangtze Rive Delta.

Yangshan Deep Water Port Project is divided into the East China Sea Bridge and the Harbor City three main projects. Project was started in April 2002, and completed a project in 2005, including a length of 1600 meters. There are deep-water berths which can accommodate the fifth and sixth generation container ships or containers standard shipping, with port water area of 3,167,000 square meters and the port land area of 1,596,500 square meters.
According to the plan design, Yangshan Deepwater Port will be completely finished in 2020 and more than 30 deepwater berths will be built. The total investment budget of this project is more than 500 billion yuan.

Since the 90's, Shanghai Port's container throughput continued to grow rapidly. However, there were lots of issues including inadequate water depth, water resources lacking, as well as a greater gap in container terminal handling capacity.

In recent years, neighboring countrie and regions are stepping up the construction of Container Terminal 15 meters water depth, source of international competition for me increasingly fierce competition in the situation. To enhance the international competitiveness of Shanghai, Xingang site must be open, but construction of Yangshan Port is a large container terminals with a good depth of unique environment.

As the only route that links Yangshan Deep Water Port to other places, 32.5-kilometer-long Donghai Bridge is China's first pelagic cross-sea bridge, which its function is expectable. With a total length of 32 kilometers and a bridge width of 31.5 meters, the Donghai Bridge is an integral part of the Shanghai International Shipping Center's deep-water port project. It spans the northern part of the Hangzhou Bay and connects the Luchaogang Town in Shanghai's Pudong New Area with Xiaoyangshan Island in Zhejiang Province. 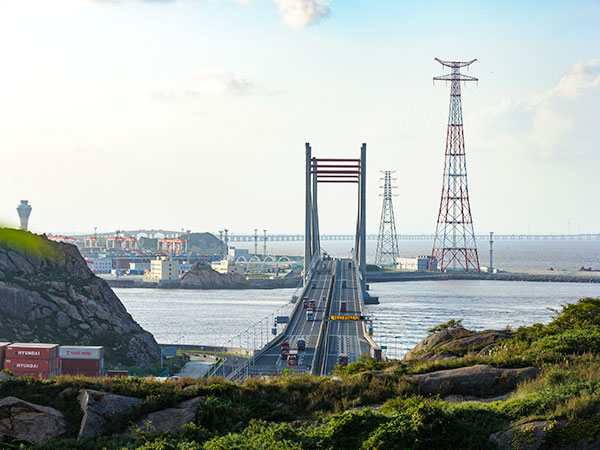