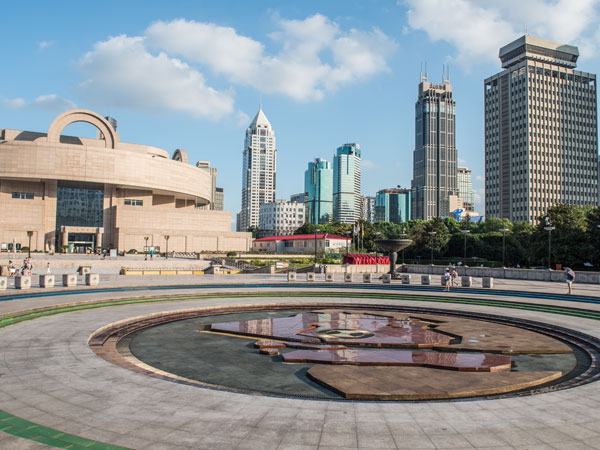 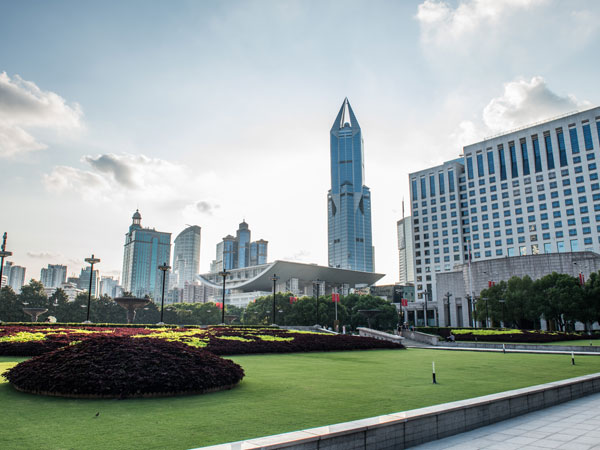 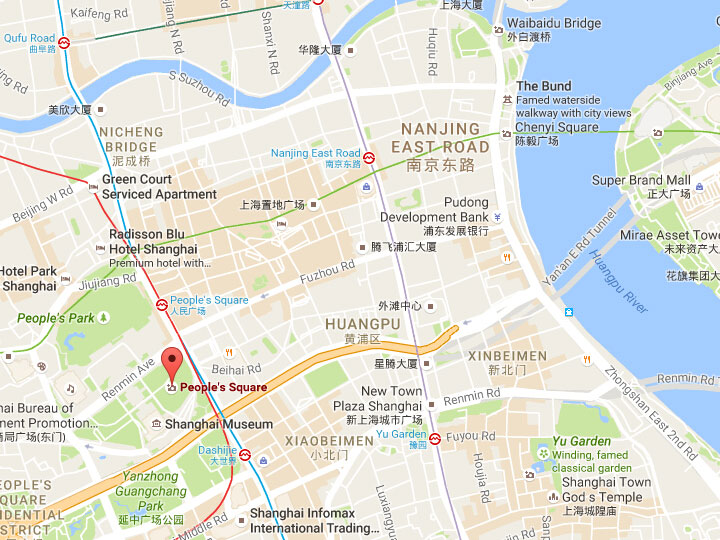 A landmark and transportation hub of Shanghai; a good place for shopping in Shanghai

Shanghai People Square is located in Huangpu District, originally as the Shanghai Horse Racing Hall. It was the site for luxury people to hold the horse racing matches. Shanghai People Square is a outdoor facility including the square, the park and the surroundings. It is the Shanghai center of economy, culture, politics, transportation and tourism. It is also one of the most significant landmarks in Shanghai.

This square had experienced a renovation in the wave of opening policy. From 1988 to 1994, a brand-new Shanghai Square had been presented to the world as a focus in Shanghai municipal development history.

It is generally said that People's Square is an epitome of Shanghai people's life. In fact, if you are interested in Shanghai's history, culture, art or entertainment, just go to the square, where you are sure to find everything you wish to know. What's more, every minute you spend on the square will give you something interesting though it is not larger than two or three football fields.

In the morning, the people arrive at the people's square greenbelt to exercise martial arts, to brandish a sword in abundance, practice the Taijiquan. The shopping center fountain becomes the Shanghai biggest free dance floor, the common dozens of pair of dance partners dance lightly in this, but the children gather round the eruptive fountain to run play. Weekend, when clear weather, the square airborne will dance in the air the multi-colored kite, adult, the child, will be old people in that careful line is bustling about for the hand, perhaps will forward, perhaps will withdraw, but will maintain throughout rises 45 degrees. Sits in Shitai the people, perhaps the static onlooking enjoys, perhaps is blowing the soap bubble, perhaps between the friend is laughing and playing, the heart-to-heart talk, perhaps happiness between lover's, also perhaps family happiness is warm, is like this is relaxed, is enjoyable, like this is real, is ordinary.

► There is a street called "1930s Charms Street" which can present most old Shanghai architectural buildings and streets views.
► It is better to avoid visiting Shanghai Square in summer days. The sunburn feeling may cause upset for you.
► Public transport: People's Square can be reached by taking Shanghai Metro Line 1, Line 2 or Line 8 to People's Square station.