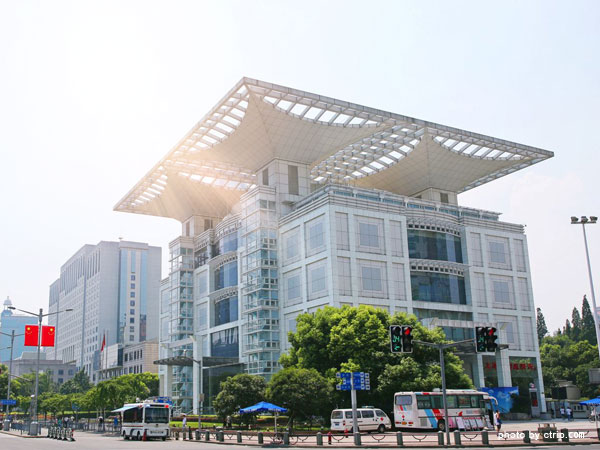 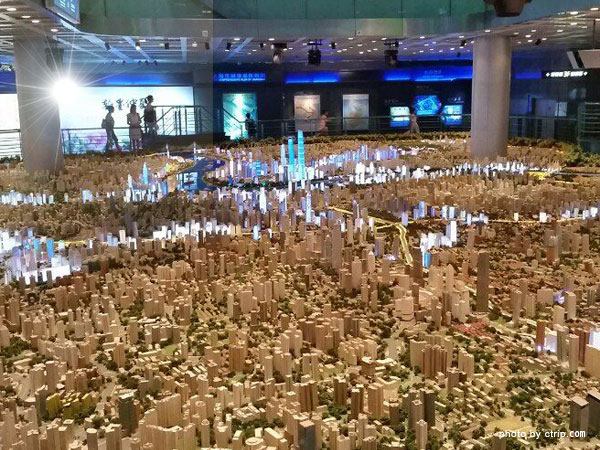 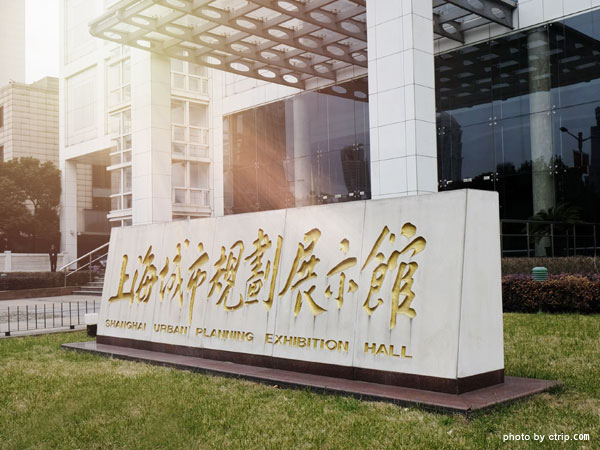 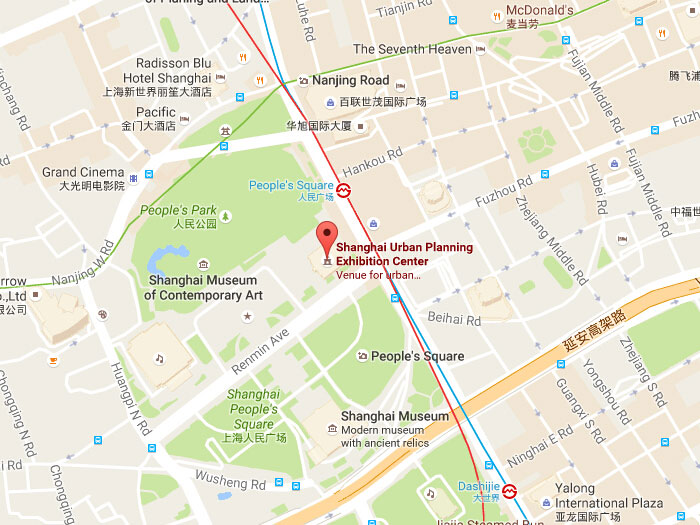 A good place to know the past, present and future of Shanghai by traditional and modern displaying ways

Shanghai Urban Planning Exhibition Center is located on downtown area, People Square, adjacent to the municipal government building in Shanghai. Themed on “City, Citizens, Environment, and Development”, the Center presents the past, present and future of Shanghai by traditional and modern displaying ways. It was officially open to the public on February 25th, 2000. Since its opening, the Center has received a lot of visitors from home and abroad every year. It is regarded as the “Window of the City” where people can know about Shanghai.

Partitions of the Center

The Center is a six-story building, with two basement levels, which displays Shanghai urban planning and development. This is one of the world largest showcases of urban development and is much more interesting than its dry name suggests.

【First Floor】
in the lobby of First Floor is the Art Model of "Morning in Shanghai", which presents impressionisticly of various periods’ landmarks of Shanghai, majestic. Huge relief of "The relocation of millions of people", the largest indoor LED high-definition large-screen demo wall with bright colors and high-definition picture, displays more about Shanghai for you.

【Mezzanine】
here homes the Historic City Hall, which reflects the century’s changes of vicissitudes of Shanghai, showcasing the richness of history and culture of urban development in Shanghai. And with simulation scenarios, film and television performances, phantom imaging or other varieties of multimedia presentation tool shows the old Shanghai's unique urban culture, increased interactivity and a sense of participation show.

【Second Floor - Temporary Showroom】
In order to reflect the latest developments of Shanghai urban planning in real-time, since 2001, Second Floor, the main floor, together with the first and the fifth floors, is used for temporary exhibition spaces. It has held has more than 70 exhibitions from nearly a dozen countries around the world.

【Third Floor】
This floor mainly introduce the present and tomorrow of Shanghai. By the use of sound, light, electricity integration technology, it displays the present Shanghai and the city view of Shanghai in 20 years.

Exhibitions on Old Shanghai and projections of how the city will look in the future are interesting, but by far the best bit is the third floor’s scale model of Shanghai. All the iconic favorites are represented here, and hours will disappear as you try and figure out which little white square is your home, your local coffee shop and that bar from last weekend.

There are restaurants and retail outlets crafted in the style of 1930s Shanghai on the underground level that connects to the Metro. The museum is well worth an hour of your time.

It is a must-see for all true Shanghai. The Shanghai Urban Planning Exhibition Center will make you appreciate just how big Shanghai has become and is becoming.

How to Get to Shanghai Urban Planning Exhibition Center

You may take Metro Line 1, 2, or 8 and then get off at Renmin Square Station