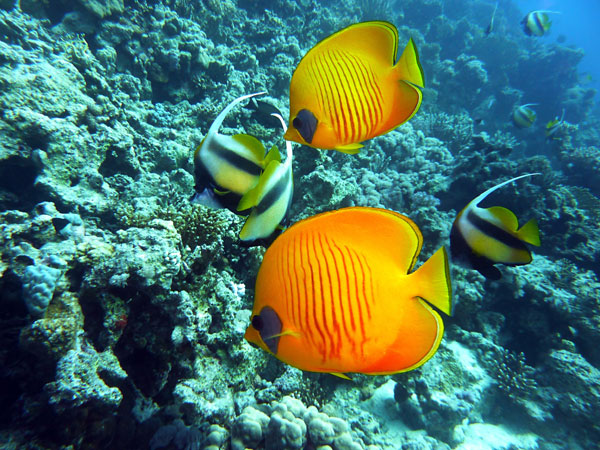 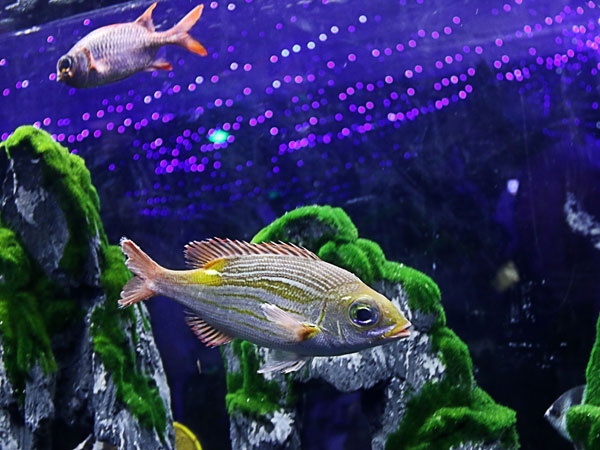 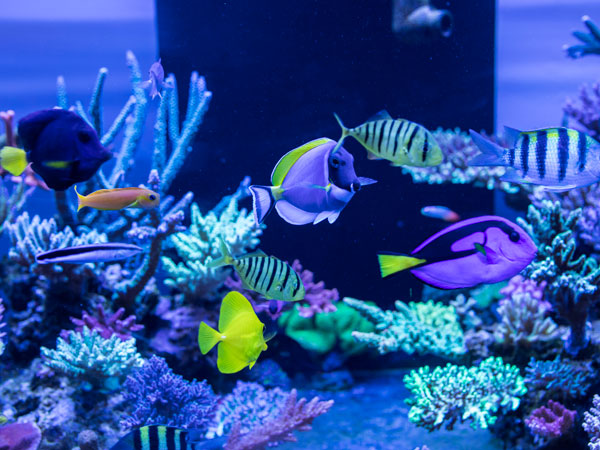 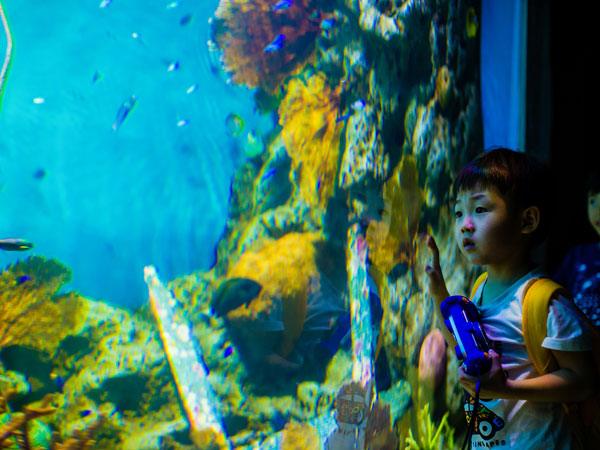 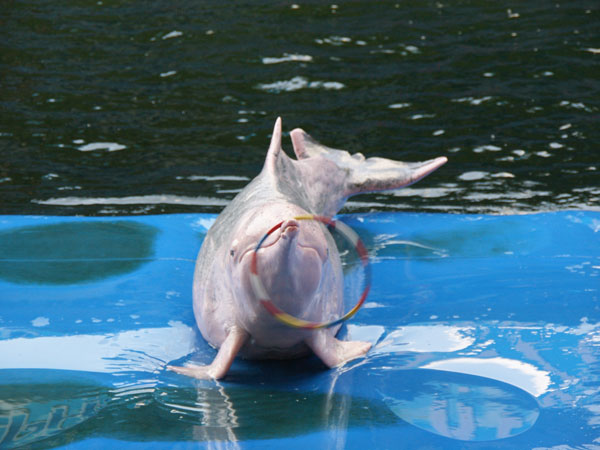 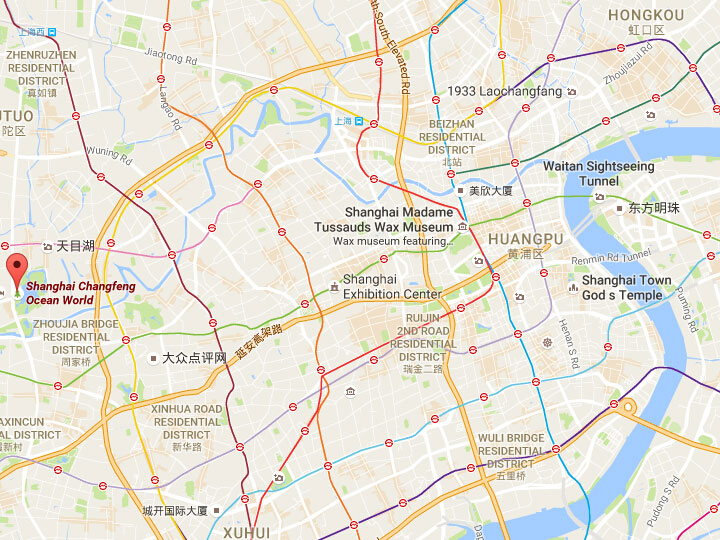 One of large aquarium in Shangai to see marine animals

How to get to Shanghai Changfeng Ocean WorldShanghai Changfeng Ocean World is located inside Changfeng Park at Daduhe Road, Putuo District, Puxi area of Shanghai. It is under the management of Sea Life Brand, which is the largest aquarium chain brand in the world that belongs to a unit of Merlin Entertainment Group. The main building in three layers is contracted 13 meters under Yinchu Lake (Sliver Hoe Lake). It is a large comprehensive Marine theme park with sea animal performance and aquarium fish exhibition.

There are more than 300 categories and 15,000 species of fishes and marine animals exhibited in the Ocean World, including Starfish, sea horses, whale, sharks, penguin, etc.. Shanghai Changfeng Ocean World is divided into seven parts, including Shark Tunnel, Penguin Hall, Coral Reefs, Hippocampal Kingdom, Amazon Exhibit, etc.. The White Whale Show Hall is the largest performance hall in China, which puts on interesting performances by white whales, sea lion and dolphin. You can find the schedule beside the ticket counter or on the tickets. The shows are all in Chinese, so if you don't speak the language, you may just watch the performance.

Changfeng Park has four entrances. The aquarium is near to the fourth entrance (West entrance), where there are many public bus passing by. Usually, it is recommended to enter via the fourth entrance, then visit to the aquarium in the morning, after that, go to see performance in White Whale Hall in the early afternoon.

What’s more, after seeing fishes under the water, are you wondering how their behave at night? Will fishes sleep? To feed visitors’ curiosity, Shanghai Changfeng Ocean World offer overnight stay activity, which is mostly offered for kids. They will sleep in a sleeping bag in Shark Tunnel where they can see the marine animals with open eyes. Before the kids go to sleep, the guide will take them to have night tour in the aquarium, first, tell the knowledge and stories about the ocean and the marine animals and have DIY lessons. Before going to sleep, the kids will fix up underwater sleeping place with the guide. In the next morning, kids will enjoy their breakfast in the Shark Tunnels and then the activity ends.

How to get to Shanghai Changfeng Ocean World

What Is the Difference Between Shanghai Changfeng Ocean World and Shanghai Ocean Aquarium?

Shanghai Ocean Aquarium is sited in Pudong Area of Shanghai, near to Oriental Pearl TV Tower and Shanghai Jin Mao Tower. It is larger than Shanghai Changfeng Ocean World and it exhibits more marine animals. But there are few animal shows. In a word, which to go to visit should depend on what you are expecting to see, marine animals or shows performed by marine animals.