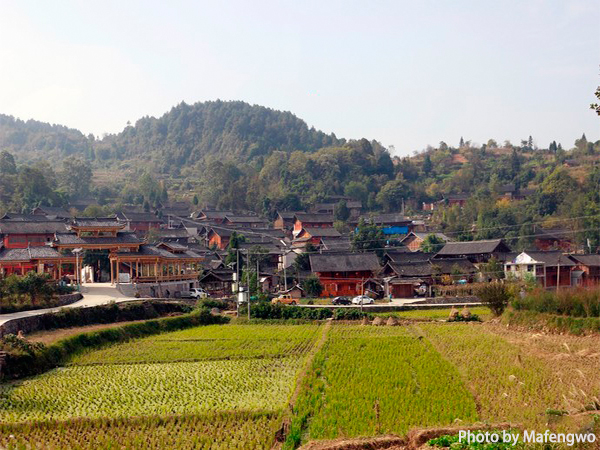 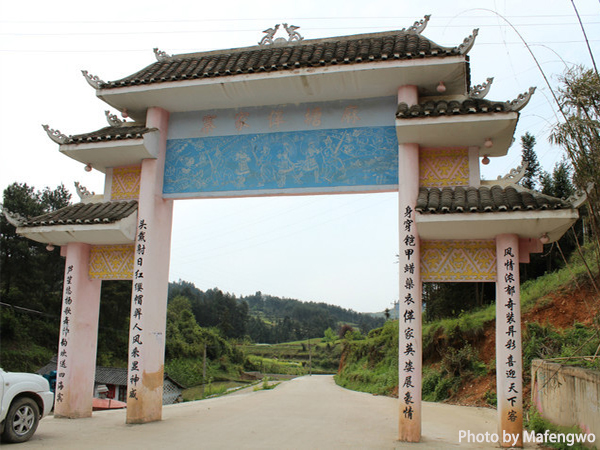 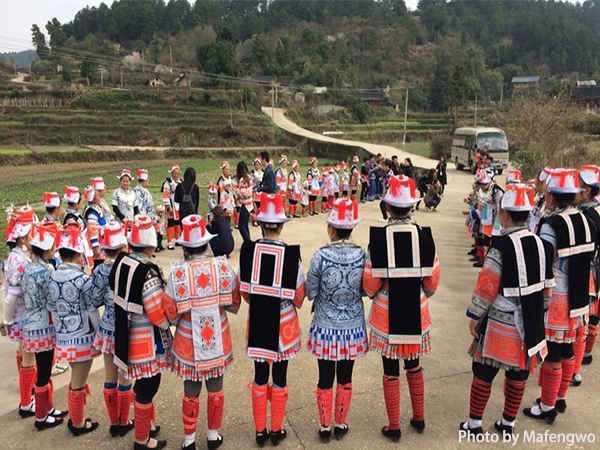 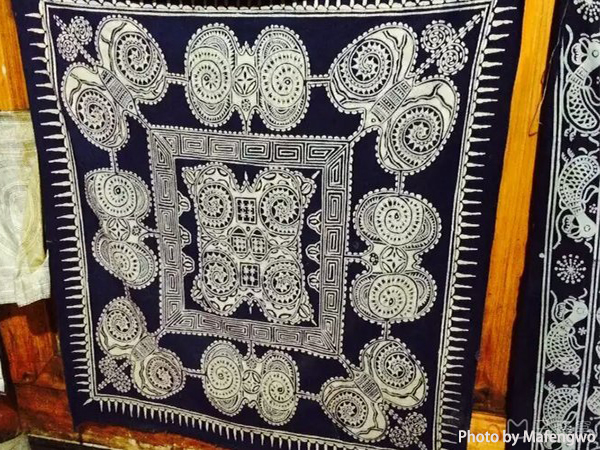 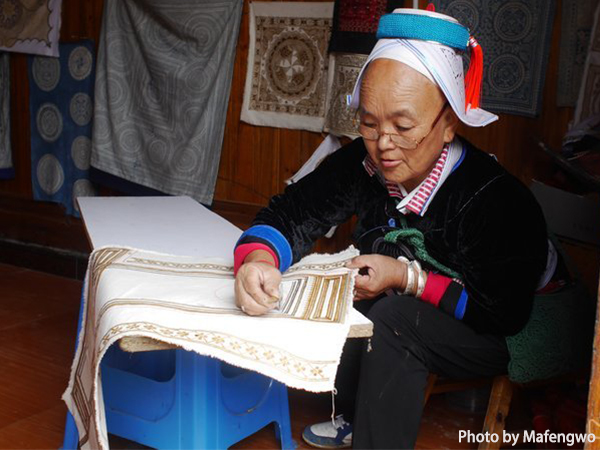 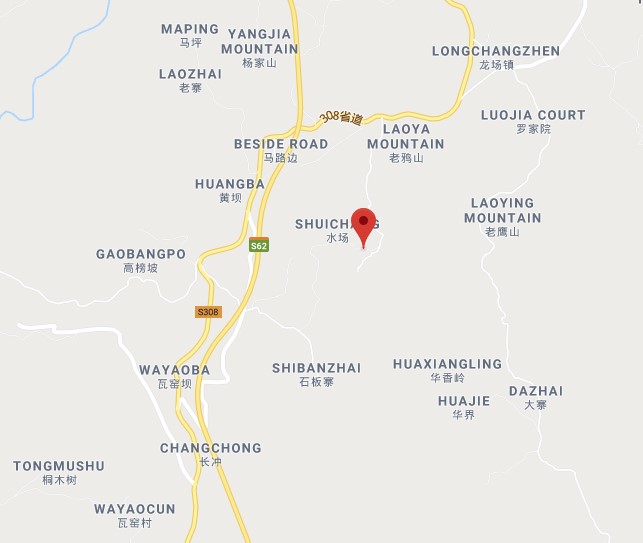 
Matang Gejia Village(麻塘革家村寨) is a natural village in Pingzhai Village, Longchang Town, Kaili City. It is about 19 kilometers away from Kaili City and is an ethnic customs tourist spot.

Surrounded by mountains, Matang Village is covered by lush tea tree and masson pine, and the environment is quiet and pleasant. In front of the village is Tianba, the houses in the village are mostly on the mountain to the field, and the bamboo and flowers are planted in front of the house. The front yard dam is planted with trees such as grapes, peaches, plums, sakura, oranges, and the spring is full of peaches and plums. The village has pleasant flowers and charming scenery all year round. It is an attractive place for urban people to travel. 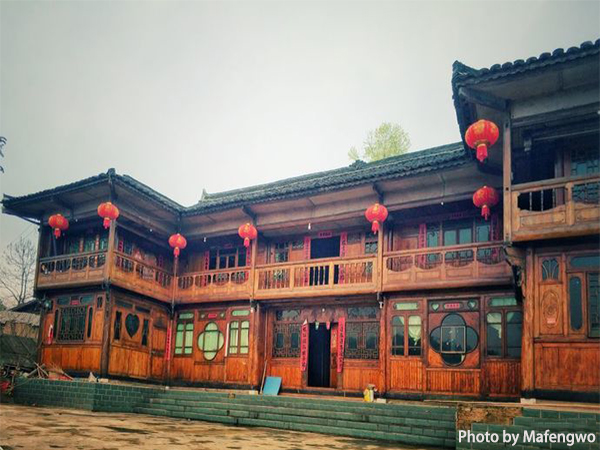 Matang is a typical Gejia village. The villagers in the village usually work in agriculture and do batik and embroidered clothes at their leisure. Gejia is a unique ethnic minority. It is scattered in the fish caves of the northwest of Kaili and the towns of Longchang. The population is only over 20,000. The Gejia family has its own unique customs and language, as well as the costumes. The Gejia girl’s attire is like an ancient soldier, and the daily dress is relatively simple.

Some people think that the Matang Gejia is a branch of the Miao nationality, but they are indeed a single ethnic group, which can be seen from their customs, costumes and embroidery techniques. Different from the Miao people, their way of hospitality is to persuade the rice more than the wine, so you come to Gejia's house, you must first eat and then drink. Gejia family has always worshiped the ancestors, there must be a meal for the ancestors of custom. Every family sacrificed an "Zu drum ", which was used for ancestral ceremonies that were held only once in a few decades. They called it "Harong Festival".

Matang people are very fond of singing and dancing. The dance is warm and enthusiastic, and it has its own characteristics. It is the highlight of ethnic tourism. It has received countless Chinese and foreign tourists with their warm and hospitable character and artistic creation. The nature of creation has left a deep and unforgettable impression on the guests. Many Chinese and foreign friends still missed Matang after leaving the Matang for many years, and sent letters to the villagers of Matang to express their willingness to visit Matang again.

The Gejia family, a minority ethnic group in Guizhou, China, who has no words, claims to be a descendant of the heroes of the ancient legends, is a national to be identified, and the government now temporarily classifies it as a member of the Miao nationality, but they have their own language, costume and lifestyle.

The Ge family lived along the Qingshui River in Guizhou Province. The Gejia family now has a population of about 50,000, which is mainly distributed in Huangping, Kaili and Guanling in Qiandongnan. Among them, there are more than 20,000 people in Huangping County, accounting for half of all the families, is the most concentrated county, Huangping's Chongxing Township, Kaili's Longchang Town is the colony of the Gejia. The Ge family claimed to be the descendants of the Houyi.

The red tassel cap on the head of a woman is derived from a legend: the legendary ancestors of the Ge family were a general who is highly skilled in military drill and good at fighting. Because of his outstanding achievements, the emperor rewarded him with a red tassel cap. In order to make the descendants inherit the tradition and remember his glory, he handed down the hat to his daughter and passed it on from generation to generation. The Yin patriarch told us that the head-to-toe costumes of the Gejia Women are full of the history of the human family.