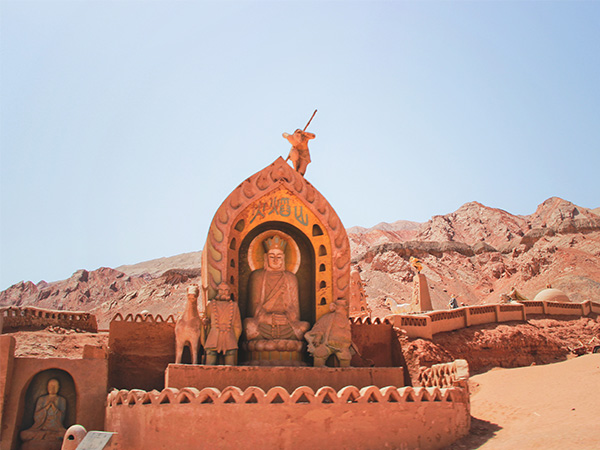 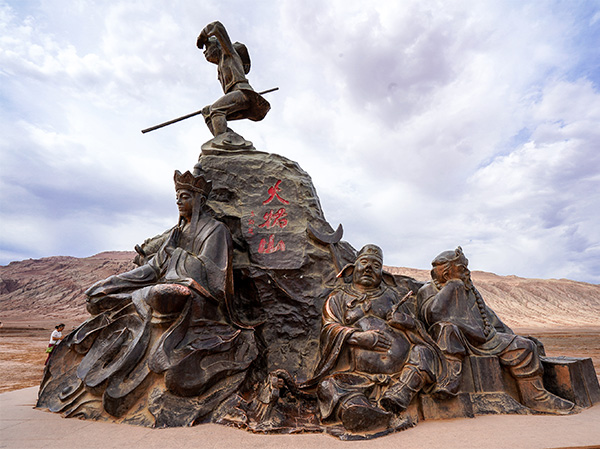 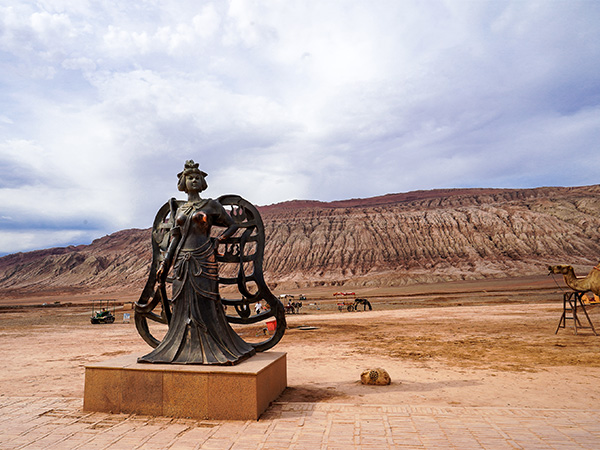 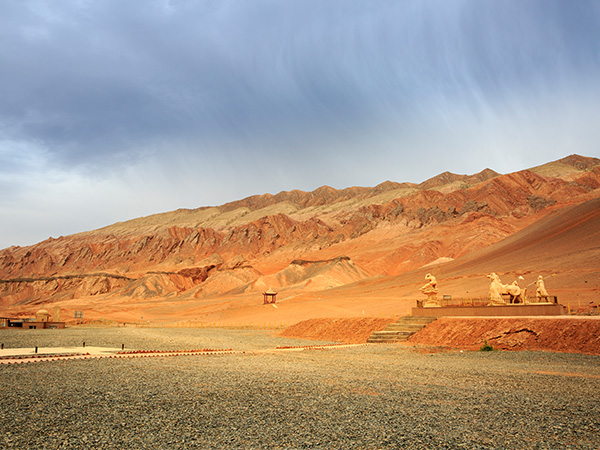 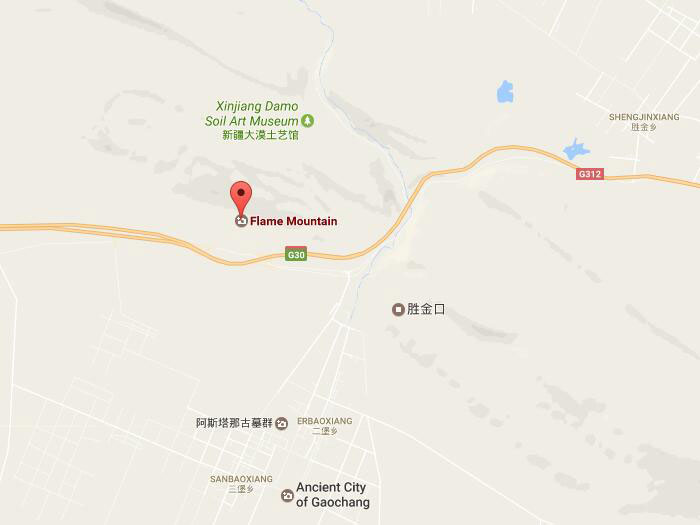 The hottest place in China.

Flaming Mountains are so named because in the evenings the red clay mountains reflect the heat and glow of the desert and seem to burn. Under the blazing sun, the red rock glows and hot air curls up like smoke as though it were on fire, hence its name.

The flaming Mountains are one of the branch ranges of the Tianshan Mountains and were formed in the organic movements of the Himalayas fifty million years ago. With the reputation of a place that “flying birds even 500 kilometers away dare not to come", the Flaming Mountains act like a giant natural dam of the underground reservoir in the basin.

Situated on the northern edge of the Turpan Basin, and stretching over 100 km long and 10 km wide, this place is an intensely hot part of the desert without a single blade of grass to be seen for miles. In the severe heat of July, the Flaming Mountains seem to be on fire in the burning sun and become a purplish-brown color. Hot steam rises upwards from the burning cliffs and it is no surprise that this is where the hottest temperatures in China ever, were recorded.

Underground core of spot is underground palace, and the underground passage is the cultural corridor “Pilgrimage to the West”, 50 meters long, 6 meters wide, two wall has 24 sculptural relief of the “Pilgrimage to the West”, vivid reproduced the hardships of Tang's monk master Xuanzang and his prentices to go on a pilgrimage for Buddhist scriptures, through many sufferings and finally reached the west.
At the end of the corridor, it is a circular underground palace, is divided into internal and external two circles. Underground in the outer circle has Gaochang historical celebrity hall, exhibition hall, leisure shopping center, Geographical cultural department. Geographical cultural department shows the volcano topography with the volcano miniature sand table, surrounded by walls of murals, anaglyph, writing systematically introduces the local conditions and customs and geographical culture of Turpan region. North of Geographical cultural department is the Gaochang celebrity hall, which has 14 characters statue, these characters are people who are all made historical contributions to Gaochang.
Giant thermometer stand in the center of the underground, this was built on August 16, 2004, the stereo modelling of thermometer, named "golden cudgel".
【Ground Scenic Spot】
Air-conditioned in underground, the feeling is pretty comfortable, but goes upward to the ground and immediately feels you are in furnace, generally like burning.
In fact, the whole Flaming Mountain is a blast furnace of Chinese alchemy, more than 20 meters in diameter, around the furnace, there are eight lifelike fan fire lad. Place yourself in the underground, you can feel you are put inside the blast furnace by Samadhi fire like Monkey King once have gone through; standing in the earth's surface, you will feel the heat of volcano is blast furnace give off, this image design is quite creative.