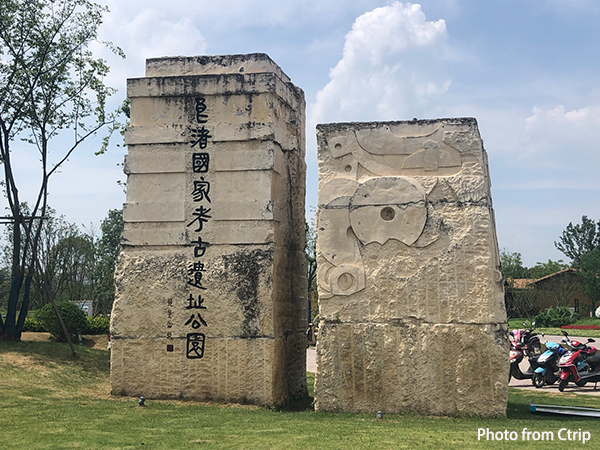 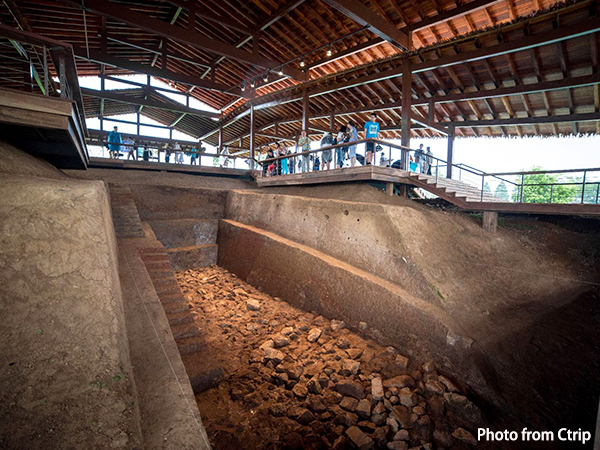 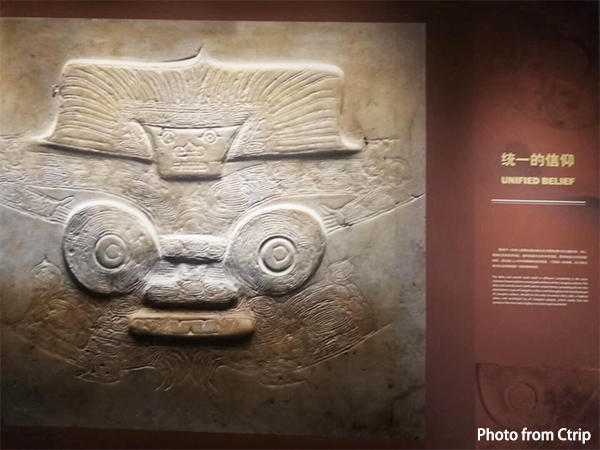 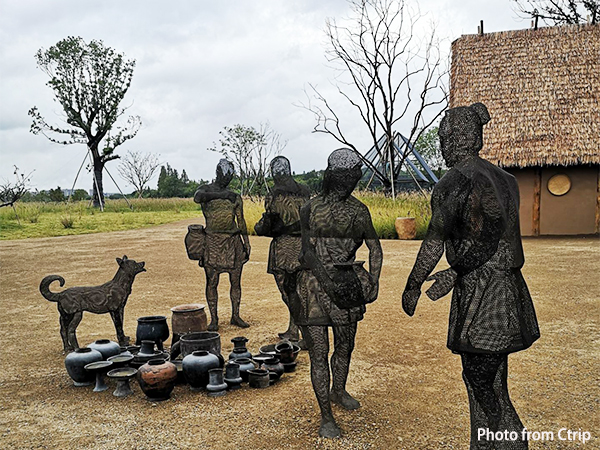 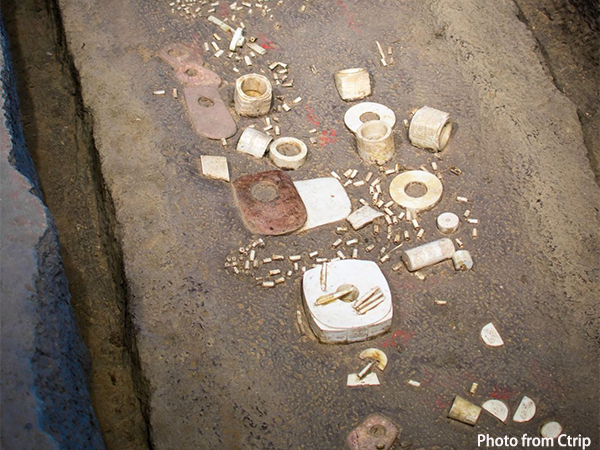 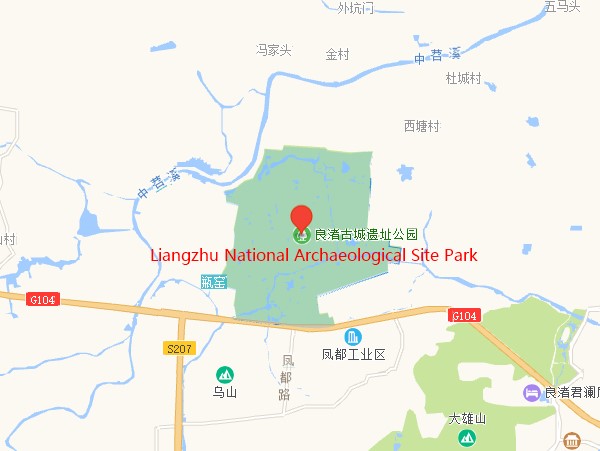 
Archaeological Ruins of Liangzhu City, located in Pingyao Town, Yuhang District, Hangzhou City, Zhejiang Province, is the power and belief center of a regional early state in the Taihu lake area of the lower reaches of the Yangtze River in China. The Liangzhu site was discovered in the 25th year of the Republic of China (1936). There are various remains of villages, cemeteries and altars in the site group, among which a large number of exquisite jade ritual vessels are the most distinctive.

Liangzhu Ancient City is the first Neolithic city site discovered in the lower reaches of the Yangtze River. Known as the “First City of China”, it was the largest prehistoric city site in China before the discovery of the Shenmu Shimao site in Shaanxi. The peripheral water conservancy system around Liangzhu Ancient City is the earliest large-scale water conservancy project in China, and the earliest dam in the world. Liangzhu culture dates from 5300-4300 years ago and has been developing continuously for about 1000 years. It belongs to the archaeological culture of the late Neolithic Age.

On January 26, 2018, the Secretariat of the National Commission for UNESCO of China sent a letter to the UNESCO World Heritage Center, officially recommending the “Archaeological Ruins of Liangzhu City” as the 2019 World Cultural Heritage Declaration Project. On July 6, 2019, the site of the Liangzhu Ancient City in China was approved for inclusion in the World Heritage List. The Ruins of Liangzhu Ancient City is an example of the early urban civilization of mankind, and it is a demonstration of the history of China's five thousand years of civilization. The success of this application marks that the history of China's five thousand years of civilization has been recognized by the international community.

The Liangzhu Ancient City Site is located in the hilly area of the western Zhejiang Province and the Hangjiahu Plain border zone. The terrain is high in the west and low in the east. The south and north are the branches of the Tianmu Mountain. The Dongshao River and the Liangzhu Port respectively flow eastward from the north and south sides of the city. The two natural hills of Fengshan and Zhishan were respectively utilized to the southwest and northeast corners of the city wall.

Liangzhu Ancient City is slightly rounded and rectangular, in the north-south direction, 1500-1700 meters from east to west, 1800-1900 meters from north to south, with a total area of more than 2.9 million square meters. The bottom of the city wall is made of paving stones as the foundation, with a width of 40-60 meters. The foundation is built with relatively pure loess, and more than 4 meters high wall remains on the surface of some sections. A total of six water gates were found.

The ordinary residents of Liangzhu Ancient City lived on the outskirts of the city, and the nobles lived on the 300,000-square-meter Mojiaoshan Mountain soil platform in the center of the city. In addition to the giant site of Mojiao Mountain, the central part of Liangzhu Ancient City also has the highest-grade tomb in the end of the Neolithic Age in China-- the Fanshan cemetery.

Both the Mojiao Mountain soil platform and the Fanshan Cemetery were discovered by archaeology in the 1980s. It is a famous Yaoshan cemetery five kilometers east of the city, where has unearthed a large number of rituals such as the high-grade Liangzhu culture jade and jade wall. Some people judge from the perspective of field archaeology that the "capital" of Liangzhu ancient state should be here.

The peripheral water conservancy system is located in the northwest and north of Liangzhu Ancient City, consisting of natural mountain bodies. At present, there are 11 dam sites, which are mainly built at the mouth of the valley between the two mountains. They are divided into two groups of dams in the south and north, namely the low dam group in the south and the high dam group in the north respectively, forming the front and rear protection systems. The southern low dam group is composed of Tangshan, Shizishan, Liyushan, Guanshan, Wutongnong, etc., while the northern high dam group consists of Ganggongling, Tiger Hill, Zhoujiafan, Qiuwu, Shiwu and Bee Nong.