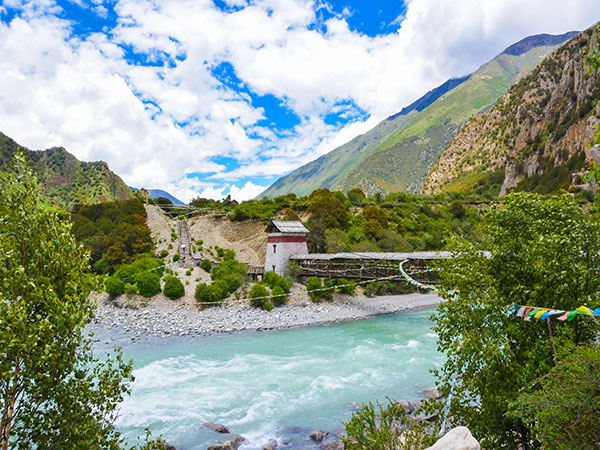 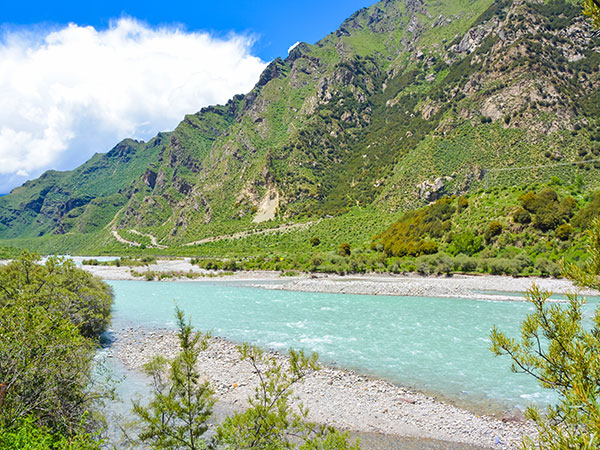 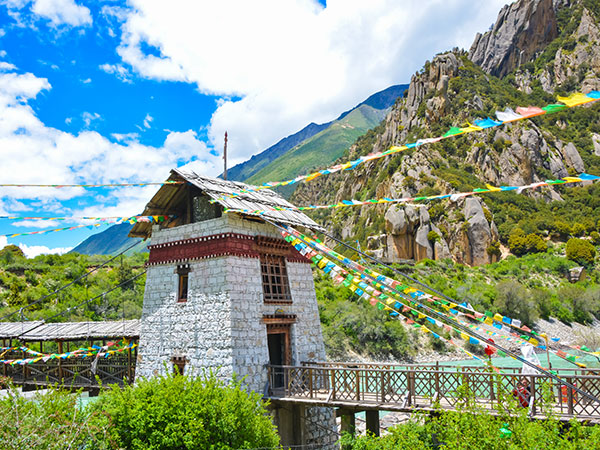 wind through the mountains of Sichuan, Yunnan and Guizhou in Southwest China.


For thousands of years, only humans and horses treaded the mountains of Southwest China as they followed an ancient pathway through the Chinese hinterlands and the Qinghai-Tibet Plateau. Along the unpaved and rugged pathway that was formed, commodities like tea, salt and sugar flowed into Tibet. Meanwhile, horses, cows, furs, musk and other local products made their way to the outside world. The road was called the Ancient Tea-horse Road, and it stretched across more than 4,000km, mainly through Southwest China Sichuan and Yunnan and Tibet.


The ancient commercial passage first appeared during the Tang Dynasty (618-907 AD). It experienced the Song, Yuan, Ming and Qing Dynasties, that is a period of more than 1,200 years. The Ancient Tea-horse Road promoted exchanges in culture and religion, and saw ethnic migration that closely resembled what was experienced on the well-known Silk Road. From ancient times, mabang (caravans) have been the main vehicles used for transportation. Year after year, thousands of caravans traveled the rough road while the hoof beats and the sounds of clear bells broke the tranquility of the canyon. The road opened a vital pathway for economics and trade with the outside world.

In World War II, this Ancient Tea-horse Road became the only transportation line for the southwest of China. Caravans transported large quantities of international assistance from India, which greatly supported China Sino-Japanese War.

After the accomplishment of the Yunan-Tibet Highway and the Chengdu-Lhasa Highway, automobiles replaced the caravans, and the Ancient Tea-horse Road became a part of history. But in the outlying mountainous area of Yunnan, caravans remain the main transportation today.

Ancient Tea-horse Road features the imposing scenery and a soul-stirring quiet. Sometimes, things seem static and the surrounding mountains stand silent. There is a kind of beauty in the desolation that may easily lead people to believe they are experienced a prehistoric place when they visit. The distant mountains reveal strong and exquisite ridges while rain and snow melt together, rushing down from the mountains and rapidly gathering before flowing into innumerable rivers. Besides mountain and rivers, there are also many peculiar stones, incomparably marvelous clouds, as well as unusual light illuminating the sky as one travels the road.

Tens of thousands of traveling horses and yaks created a definite pathway with their hooves on the once-indiscernible road. Today, although even such traces of the ancient road are fading away, its cultural and historic values remain.

Route One begins in Yaan in Sichuan to Qamdo via Luding, Kangding, Litang and Batang before merging with Route One into Lhasa.
Route Two begins in Xishuangbanna and Simao, home to Puer tea via Dali, Lijiang, Zhongdian, Benzilan and Deqeng in Yunnan to Zugong, Bamda, Rewoqe, Zayu or Qamdo, Lholung, Benba, Jiali, Gongbogyangda, Lhasa, Gyangze and Yadong in Tibet, before continuing into Myanmar, Nepal and India.