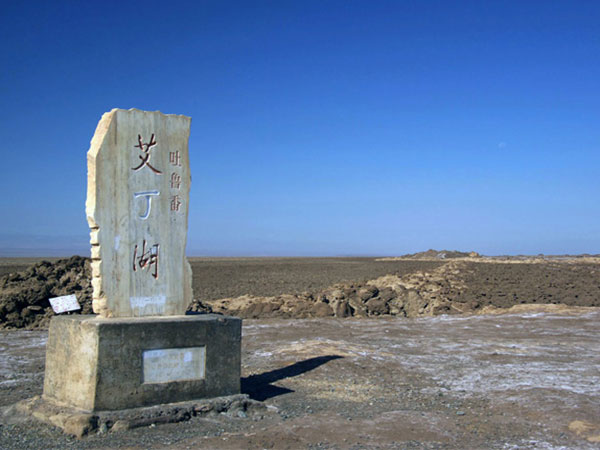 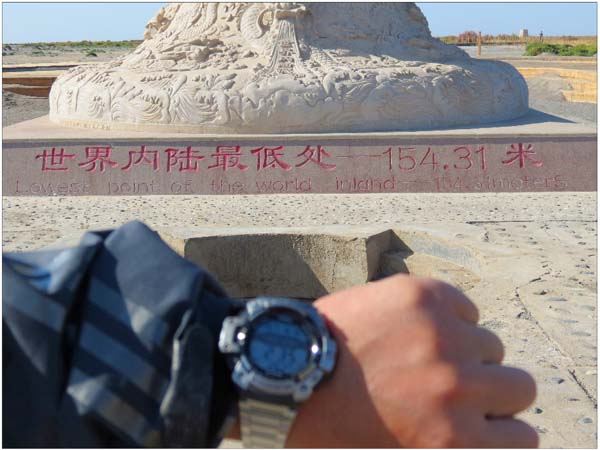 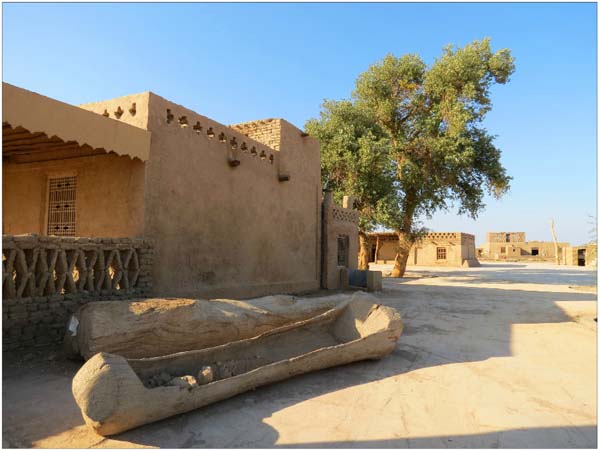 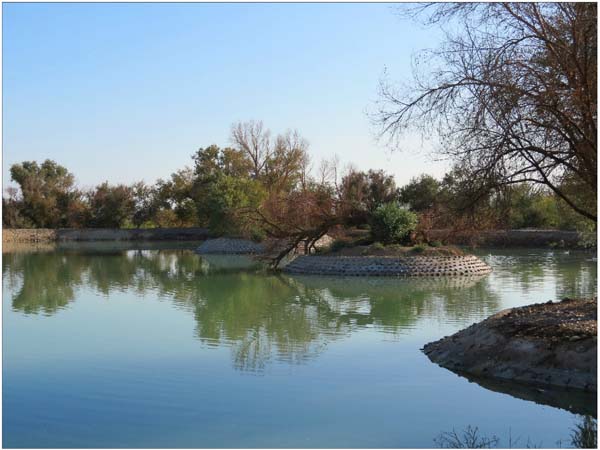 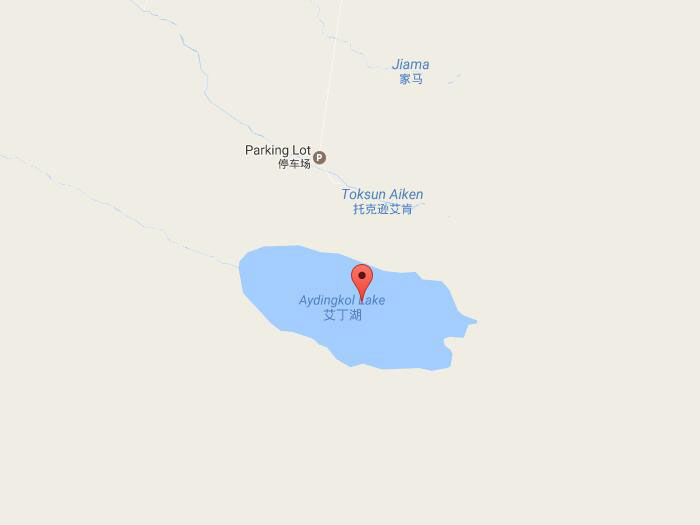 The lowest place in China.

Aiding Lake is a large lake in the middle of the Turpan Basin. In Uighur language, Aiding has the meaning of moon, due to the most of the lake is so dry that the bottom of the lake exposes. The crystal is silver-white; it seems like moonlight in the sun. The water source is from surrounding mountains and many artificial subterranean river courses. Turpan Basin is lower than sea level. It’s the second lowest bottom land in the world. The area is about 200,000 hectare, and a large desert is at the east.

One of the hottest and driest places in the world, annual precipitation in Aiding Lake is less than 20mm; evaporation is several thousand times more amounts than precipitation, annual average temperature is 14℃, the extreme heat hits to 48℃, surface temperature is more than 80℃. More than 50℃ was observed for the first time on July 14th, 2001, there is no doubt that the area of Aiding Lake is the hottest place in China.

【Nature Resources】
The main plants in the Aiding Lake consist of salty meadow and desert steppe. The area has decreased to one seventh of the area in 1949. As one of the famous tourist spots, the special geographical location and heat resources in Aiding Lake attract numerous scholars and tourists from both home and abroad. It’s rare to see any birds in summer; some migrant bird may pass through here. It’s a tragic end for ducks in drought years.

【Thousands of Years Ago】Thousands of years ago, the area of Aiding Lake is 1000 times larger than the present one. The present Aiding Lake, only some surviving water at southwest, most of the area has been dry, and some crystals exposed. When tourists travel to Aiding Lake, they may be confused by a mirage, and lost into mire. Due to the particular geography location and typical desert landscape, many tourists, photographers and explorers come to visit in an endless stream every year.


The Origin of the Name

Aiding Lake, locates at the foot of north JueLuokage Mountain, ancient Chinese scholars call it JueLuohuan. Imaginary Uyghur calls it Aydingkol Lake, means moonlight lake or moon lake, due to the shape is like a moon.

1. Xinjiang province is an area with high ambient ultraviolet radiation; all you need is a hat and some sunscreen.
2. Due to Xinjiang province is dry and hot, you need to prepare enough water and lotions to hydrate your body and skin.
3. Because of Xinjiang’s unique geographical location, large temperature difference between day and night, please prepare some overcoats to keep warm.