Last week, I had a 2-day trip to Dong Minority Area in Sanjiang County, Liuzhou, Guangxi. I reaaly enjoy this tour. The hotel is great and the scenery is quite well. In the following content of the blog, I would like to write in detail what I saw and how I experienced while having the tour. There are a couple of things to explore in Sanjiang, including the wing-rain bridge, Drum Tower. There is also Chengyang Eight Stockaded Villages nearby. 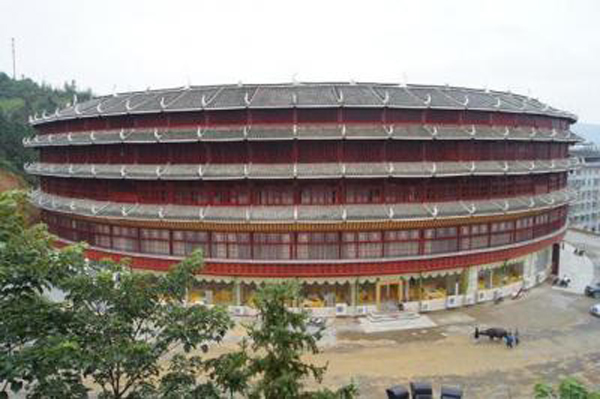 On 29, November, 2013, I got on the bus at 8:30 and headed to Sanjiang County, Liuzhou, Guangxi, which is the destination of my trip. It took three and a half hour to get there. When we arrived in the county, it was already 12:00 at noon. We had a simple lunch and then we went to the hotel. The hotel was only 2-minute drive from the Drum Tower. After having a short rest in the hotel, we went out to watch the bell tower and the “Bird Nest Bamboo Building”. These two buildings are the most famous things in this place. They are the landmarks of Dong Minority. “Bird Nest Bamboo Building” is built by all bamboo and wood, which makes it unique in China. The Drum Tower is near to the “Bird Nest Bamboo Building”, 3 minutes by walk. The Drum Tower is the representative of Dong Minority, which is built in 2008.


After visiting these two attractions, we went back to hotel and had dinner at 6:00. The food was various and delicious. At 8:30, we went to see a performance performed by girls of Dong Minority. The performance is reform by a marriage custom of Dong Minority and it tells a love story of a girl and a young men. The performance was very interesting; I can’t help laughing when I was seeing it at the beginning. The show last for 70 minutes. When the show ended, it was quite late. We went back to the hotel and had rest.


In the next morning, we got up early at 7:00 am. We had breakfast in the hotel at 7:30 am. Then we set off to Chengyang Eight Stockaded Villages. It took 1 hour to get there. We walked around the villages in the area and took a lot of pictures. The villages of Dong Minority here have a long history. The houses here were quite unique. We spent two hours to have a whole visit in the Eight Stockaded Villages, experiencing the living style of the local people here. After visiting the villages, we got on the bus and came back to Guilin.

Next: My Journey to Arxan in Winter