Fog glaze in Jilin which ranked as one of the top four nature marvels in China are emerged based on some particular situations. And Jillin Province in China is one of the places to appreciating this crystal scenery in winter time. For people who have seen the fog glazes in winter, they may still remember the stunning scenery created by this natural phenomenon.
The basic conditions for fog glazes are vapour and the low temperature. And the Jilin City in Jilin Province is a place with these two conditions, so it is easy to see this scene in that place. 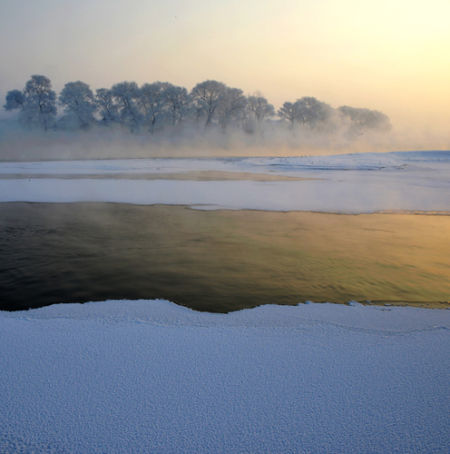 It is easy to understand that why the vapour is necessary. While how low the temperature is can meet the condition for fog glaze? According to the locals words, it must be in a temperature lower than -20℃ at night so that the fog glazes can be emerged. 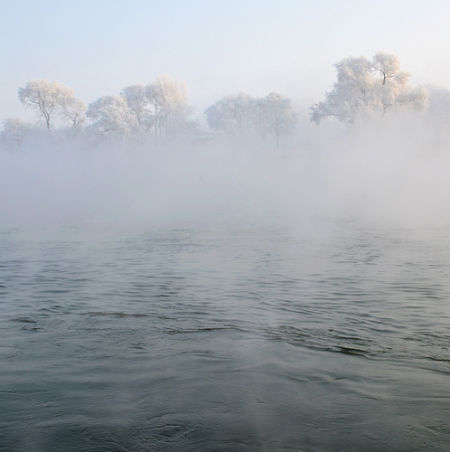 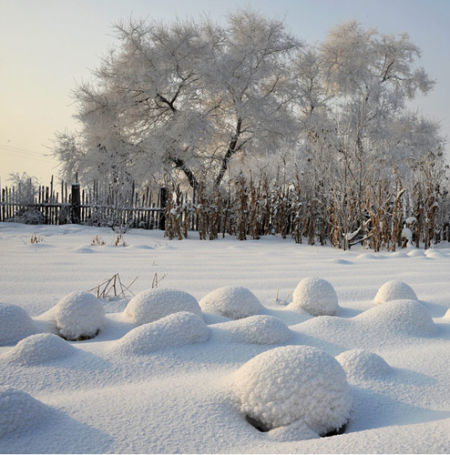 Luckily I catch the chance to see this marvel of China. The low temperature makes my camera work not well and also makes me feel not very good. 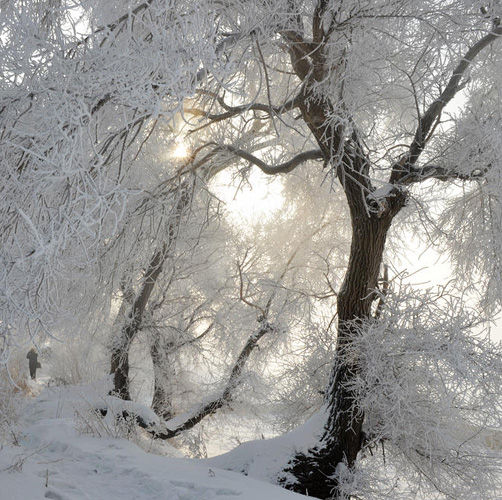 While when I see the pictures in my camera, I am so happy and amazed at the marvel which has been made by the nature. It is hard to describe the extremely beautiful scenery I have caught.
The fog glaze is beautiful in her own way. Emerged without any announcement and also disappeared in just a moment. Just left the coldness for people to feel. 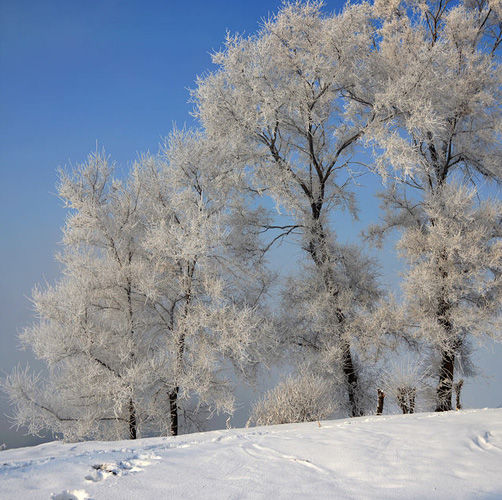 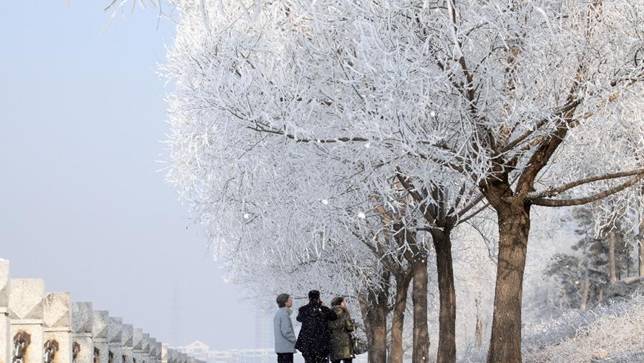 The way to make fog glaze: when the enough low temperature meets the vapour, just in one minute, the vapour will turn into frozen ice and than hang on the branch. 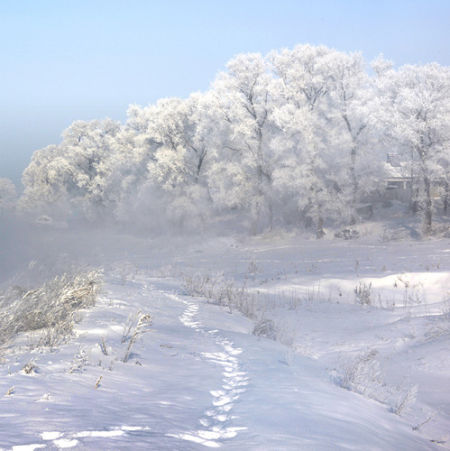 Besides the fog glaze itself, the background and the surroundings are also necessary to form a picture in the fairy land. 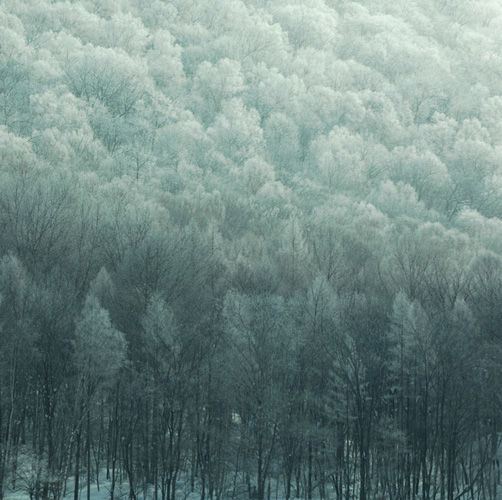 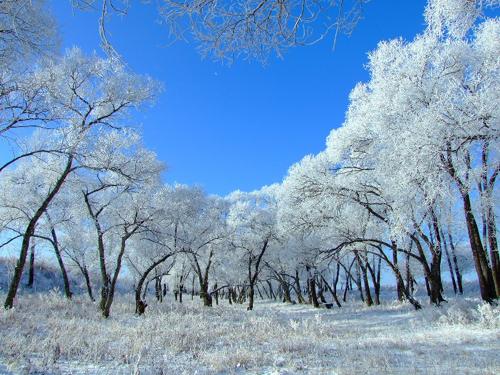 The upper reach is located on the Jinuo’er which can called Jinuo’er Sightseeing Area. It is in a length about 200 meters, a bend of Songhua River, and the fog glaze is frequently emerged. 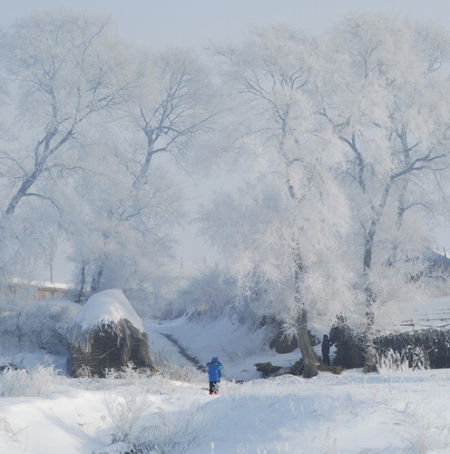 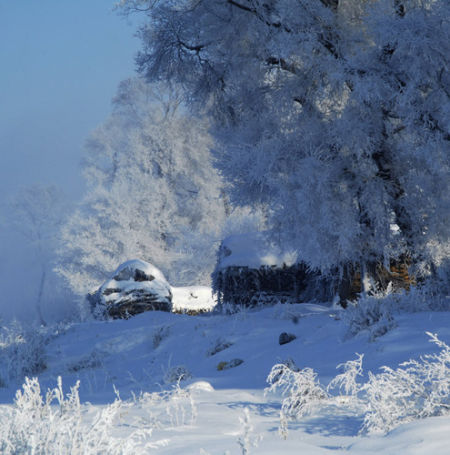 The middle reach is located on the bank of downtown, exactly on the Songjiang Road. This part is the most famous one.

The lower reach is located in the Hantun Village of Wula Town. The Songhua River makes some islets here. And during the winter time, the trees of these islets will be decorated with the frozen flowers.
Best time to see:
The whole winter from Dec to Feb in the next year will ensure to see the fog glazes in Jilin City. While during each middle January, there is a festival in Jilin City for people to appreciating the fog glazes.