Zhaoxing Dong Minority Village locates at Liping County, the southeast of Guizhou province, which is the one of the biggest Dong Minority Villages at Qiandongnan Miao and Dong area. It covers an area of 180,000 square meters. There are more than eight hundred households - more than four thousand people, who are living here. It is known as "The First Liping Dong Village." Top China Travel Agency had a chance to get close touch with this place. 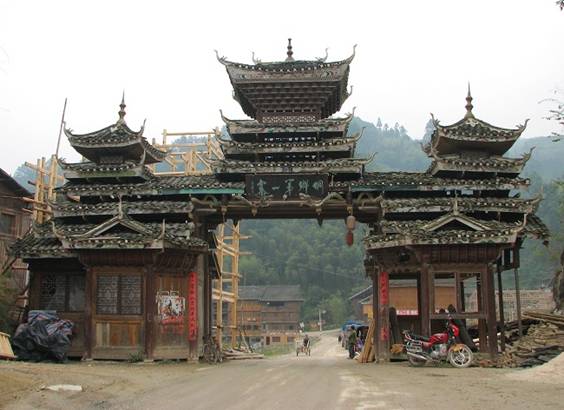 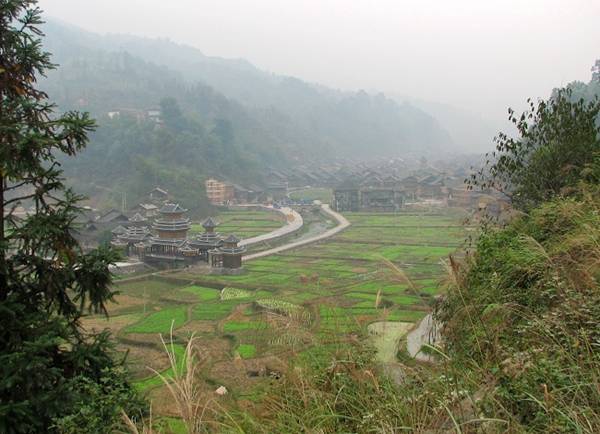 Zhaoxing Dong village is surrounded by mountains. And a small river slowly flows across the Village. The hanging houses of the Dong minority people are located on the both sides of the river. 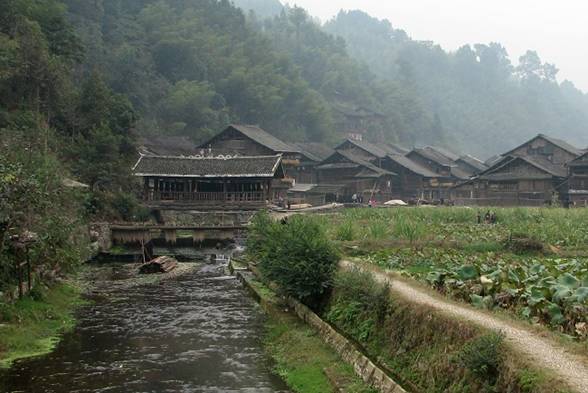 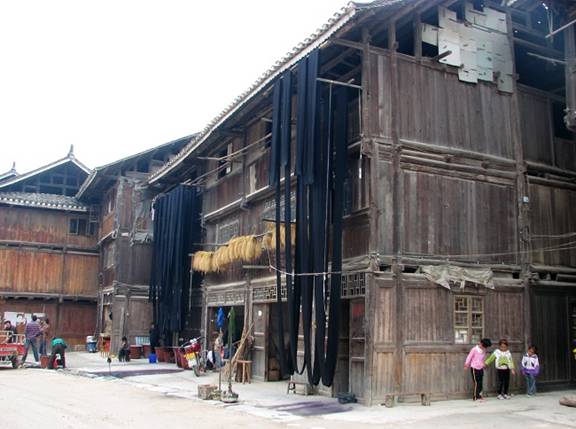 The Hanging houses are usually made by china fir, which are mostly two to three floors and built along the river bank or the slopes. There are dyed cloth hanging front of the hanging house. 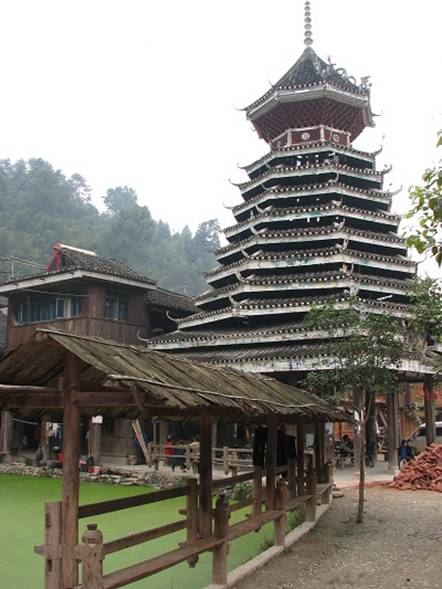 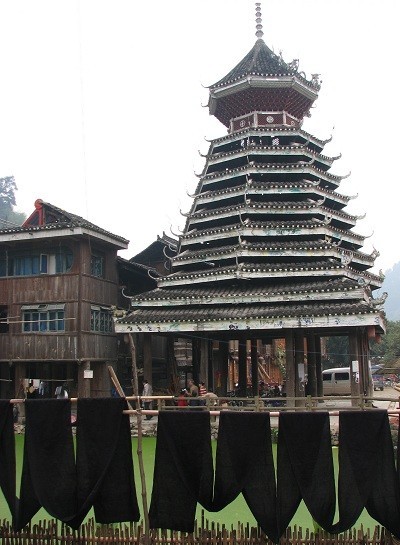 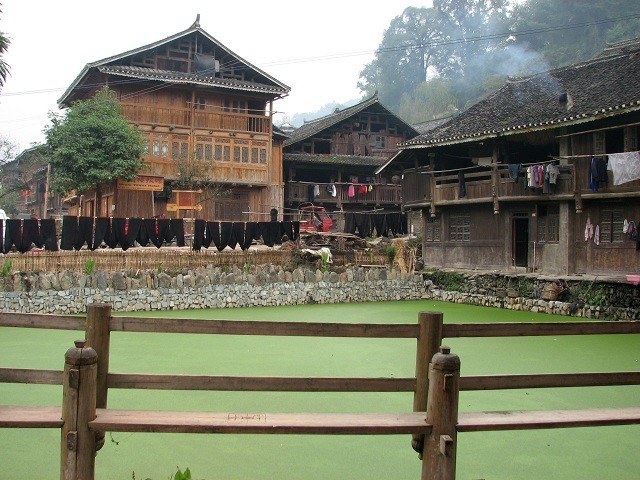 There is the "Beauty By" along the edge of pool for people to have a rest. 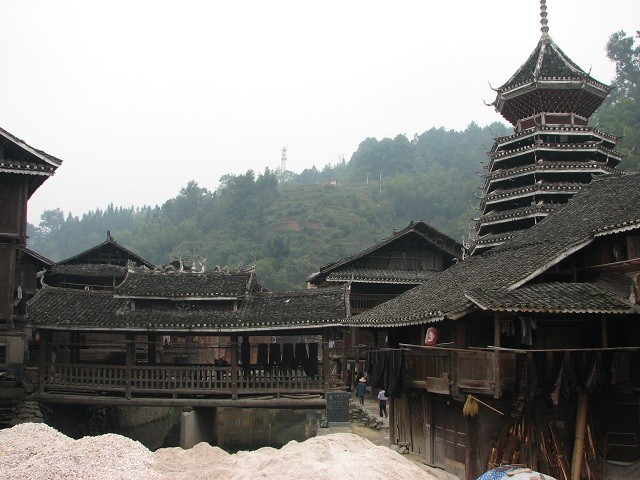 Any rivers will be crossed by bridges. There is gallery build on the bridge which is a shelter from the storm. So it names “Wind And Rain Bridge”. 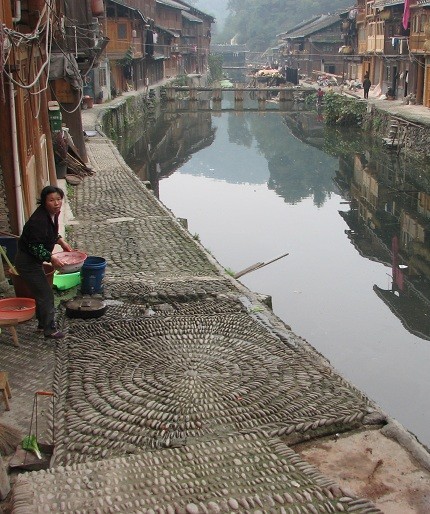 Along the river bank, in front of each family’s pathway is rough and covered with little stones look tidy and beautiful. 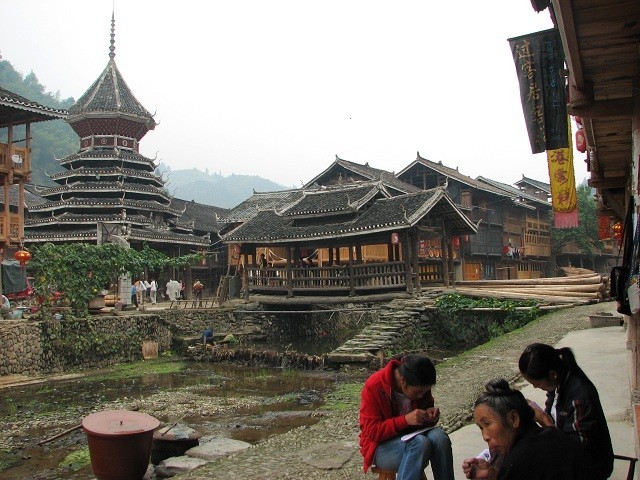 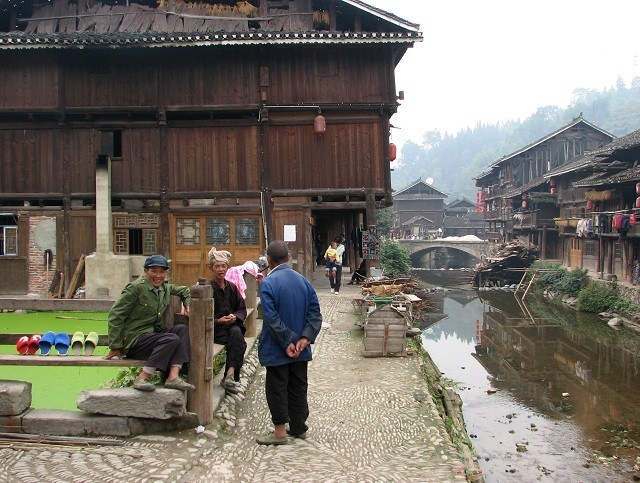 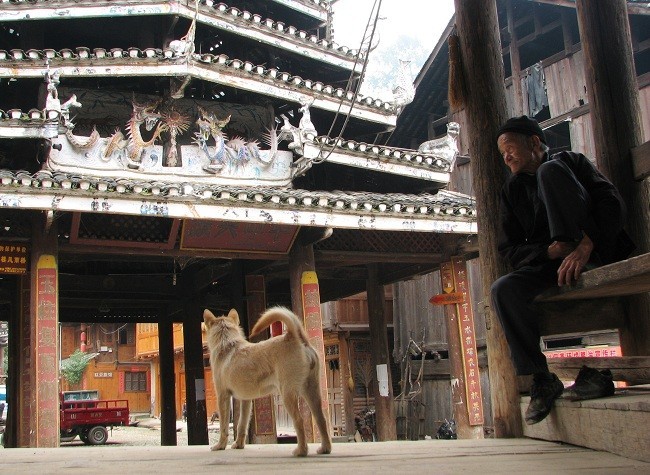 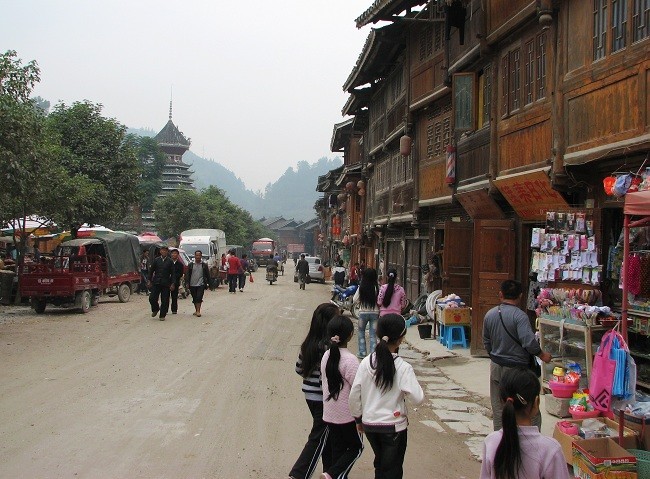 There is the only street in the village.
In the "National handicrafts shop" , a operator is using a wooden hammer to hammer the cloth. These dyed cloth after hammer and become shiny. 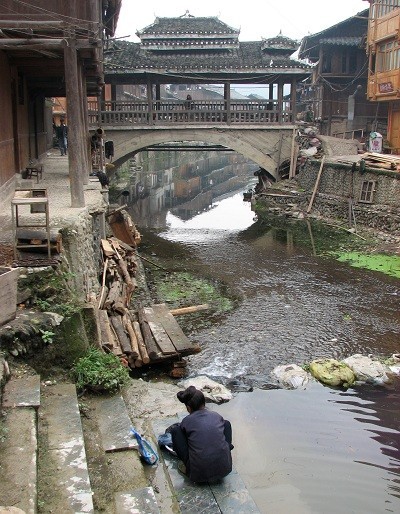 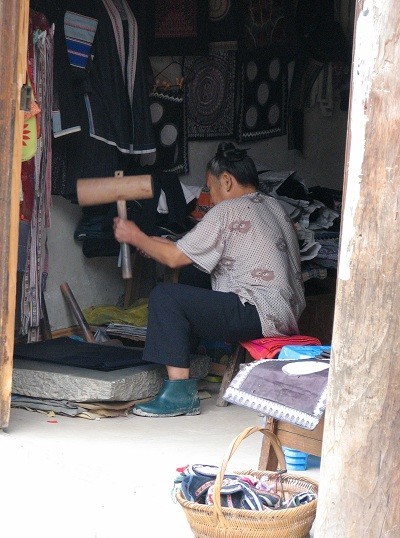 It was the day before yesterday we went to Dong minority village, we were passing through Miao minority village - Fu Lu Village. The day was the Chung Yeung Festival, people were celebrating the holiday for the elderly in village. 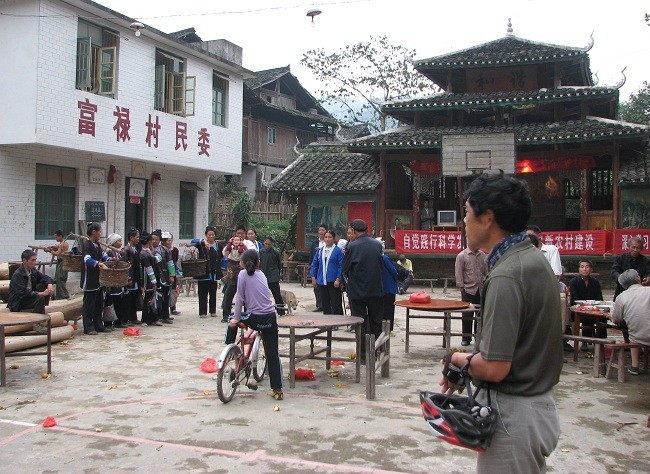