, located in the eastern suburbs of , is only 8 kilometers from the city. The peak rises to a maximum height of 909 metres above sea-level, making it the highest  mountain in . originally came to fame when the was constructed on its peak in Zhou and Tang dynasty. Nowadays, it is renowned for both its beautiful scenery and ancient mausoleums of emperors.

October 16th of this year is September 9th according to Chinese lunar Calendar, which is The Double Ninth Festival or Seniors’ Festival. It was also called Ascending Festival in ancient time. Since the festival is in autumn, the weather is good, which is suitable for friends and family to go hiking. Therefore, many people choose to have short trip on the day.

My colleagues and I also had a hiking on Ascending Festival this year. Since Mt Yaoshan is the highest mountain surrounding , it is the best choice to go there. In the early morning, we set up for the foot of . However, we found many college students and seniors had already been there when we arrived. Most people chose to climb up by the route under the cable car. In order to avoid crowds, we chose another route with less people, because it is steeper. Without the assistance of hands, you could not climb up at some places. It takes about 1.5 hours for us to get the top of Mountain. Although it was painstaking, we did enjoy the process of climbing. It is interesting. J

Wow, we can have a bird’s- eye view of at the top of the mountain. It is the first time for me to the top of , although I had been working in for almost 3 years. This trip made me have a good weekend. 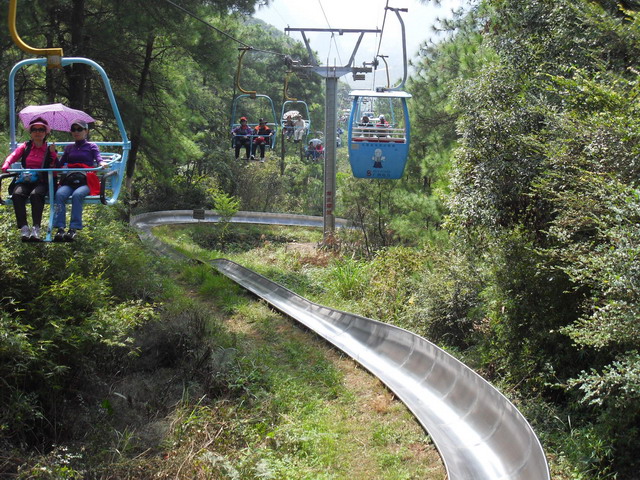