A Whirlwind Tour of Bajiaozhai

“One of Top Seven Most Beautiful Danxia in China" 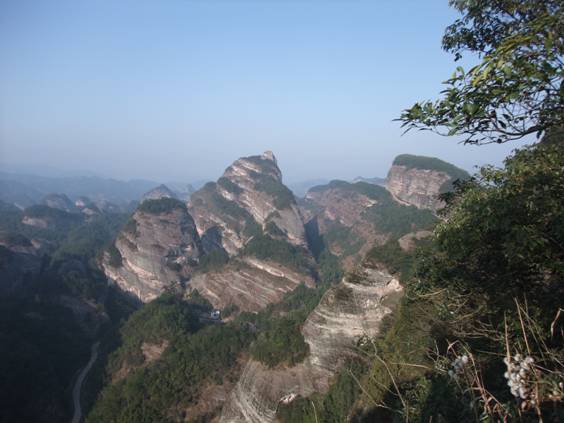 I had this opportunity to take a glance at Bajiaozhai (The Octangle Mountain Village), Ziyuan country, Guilin city in Christmas 2010, accompanying with Eric, Eva and Louise. Although I have been Ziyuan twice before, the first time when I was in University, drifting on Zijiang river and Baoding waterfall; the other time was 8 years ago, tenting along the river, fishing there, and excursion in Tianmenshan Mt . As we had a short time with half day, so only can do a whirlwind tour of Bajiaozhai.
In the heart of Yuecheng Mountain, where Hunan and Guangxi meet, there is a long, narrow basin of red conglomerate and sand stone, which tool shape in the early Cretaceous period of the Mesozoic era, about 100 million years ago. Here, in the scenic area from Langshan Mountain, where Zijiang River (a tributary of the Yangtze River) originates, to Bajiaozhai, you can find the Danxia landform, which straddles Xinning County in Hunan, where it covers an area of 77.5 square kilometers and Ziyuan County in Guangxi. 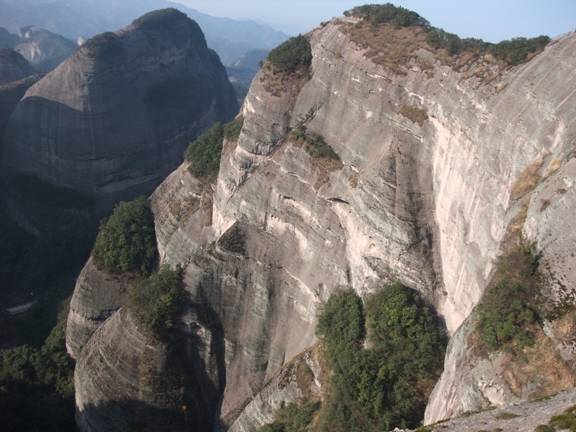 From Ziyuan city, less than 1 hour’s drive to Bajiaozhai, on the way, we had our lunch at local  farmhouse that tasted wild catfish with lots of chilli and coriander. The taste is very close to Hunan province.
Our first stop came to the huge area of conglomerate and sandstone which was not gave me too surprise. 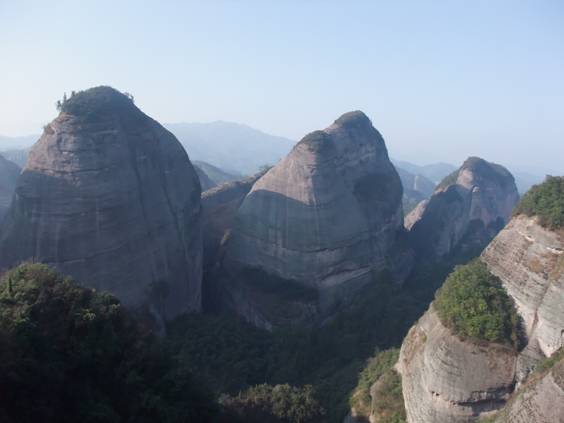 But after we climbed up to the first Observation Deck，which did not disappoint. “Really seeing is believing”, it of course has a fresh air of the natural environment, but the unique scenery/landscape---Danxia landform; its most well-known, especially to attract tourists is ranked second in the world. There are over a hundred weirdly shaped towering mountains, jagged rocks, red peaks, caves and valleys. One such, Conch Mountain, is composed of four awl-shaped peaks, each over a hundred meters high and covered by exquisite whorls, just like gigantic conches.Bajiaozhai （The Octangle Mountain Village）, which is located in the extremely southern border area of Langshan between Hunan and Guangxi. As there are eight peaks connected with each other, and the eight peaks lean against one another just like a lotus flower. The place thus got its name. 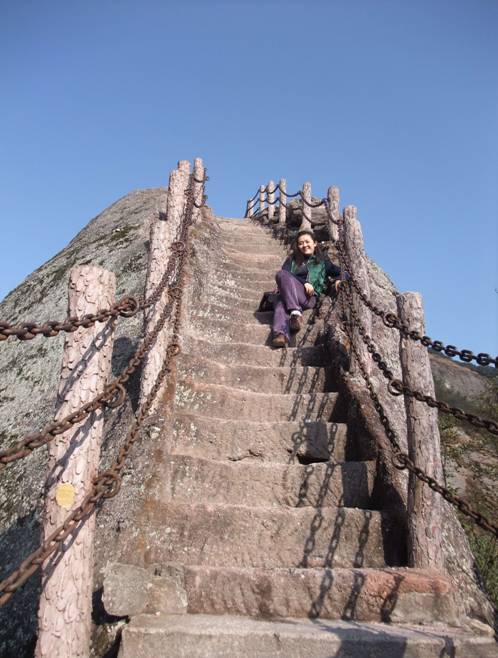 The third and forth stop are the best part of the views are the “Dragon ridge” & “Sky ridge” , which are impossible to describe: blue sky without one piece of cloud on top of your head, steep rocks seem to be growing at approximate perpendicular angle.

It is a pity that we came here in Winter, have no chance to witness the full blooming of mountain flowers, and in autumn all the trees on mountains are touched with gold. But just give this opportunity to my next visiting to Ziyuan.

After a short break we took off the summit for Taming Dragon Rock, crossing a wooden bridge. Afterwards, a local Buddhist temple named Tianxin (center of the heaven) Temple in front of us.  It was originally built in the Yuan dynasty. And there are still many local believers come to the temple to pray for harvest or good luck every year. 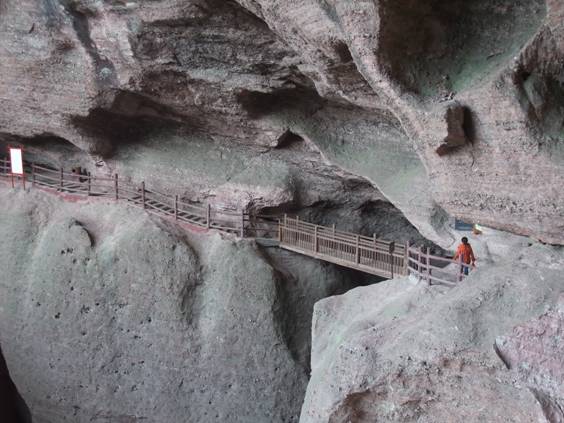 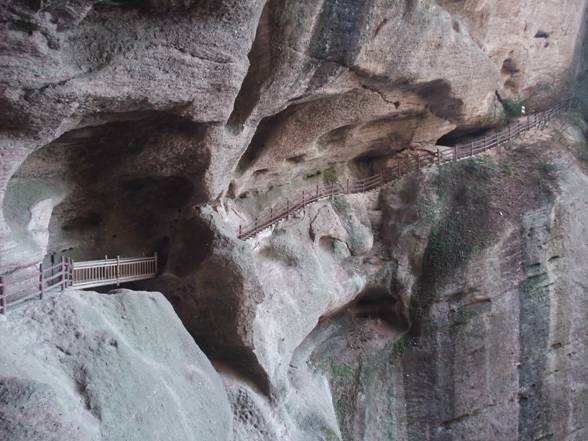 Next: Cycling from Guilin to Yangshuo 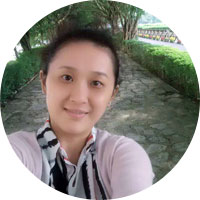 My dear friends, nice to meet you here! A professional, friendly, energetic and patient travel advisor is expecting our cooperation in the near future! Join us, pay less but gain more!