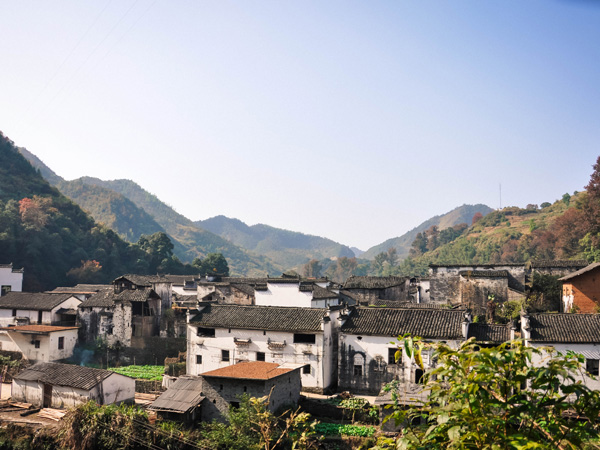 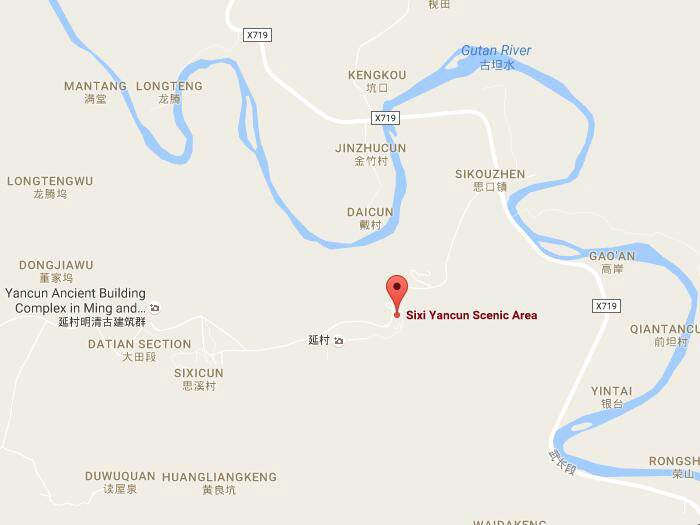 Sixi (Chinese name: 思溪延村), a village built during the Southern Song Dynasty by Yu family, was named because of the nearby clean stream. Located in the 19 away from Wuyuan County, Sixi Village which was built in 1199 now still has more than 30 Ming and Qing dynasties residence buildings. Among these buildings, “Jing Xu Tang” which is a large mansion covered about 664 square meters is the representative.

A lounge bridge connects the outside world and Sixi Village. The bridge is built on three giant stone piers. Villagers like to char and rest here so that this place is full of vitality. Near the pier, there is a shrine which is built for worshiping Yu The Great.

Leaning with mountain and surrounded by river, Sixi Village is mixed with the natural scenery harmoniously. On the entrance of the village, there are some ancient relics which add civilization atmosphere. Inside the village, ancient houses in brick carving, stone carving and wood carving decorations are rare in other place.

The main hall of Jing Xu Tang Mansion is about 70 square meters with vintage decoration. The whole mansion has 6 courtyards. Elaborate carving decoration of guesting room is the highlight of this place. Especially, the guesting room which was built in Qianglong Period in Qing Dynasty was amazing, There are 12 doors in this room. And on each door, there are 8 forms of a Chinese character - 寿 (means longevity). The total 96 “寿" characters are all in different forms including regular script, running hand, cursive script, clerical script, seal script,etc. Besides, various patterns such as fish, insects, birds, yards, houses can also be found on the doors, These 12 doors are famous in the Chinese wood carving field.