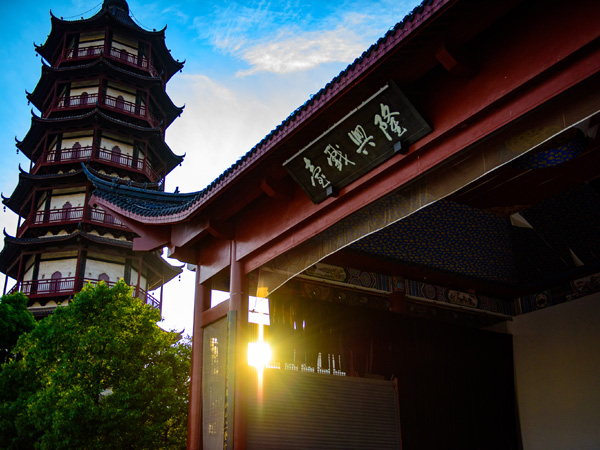 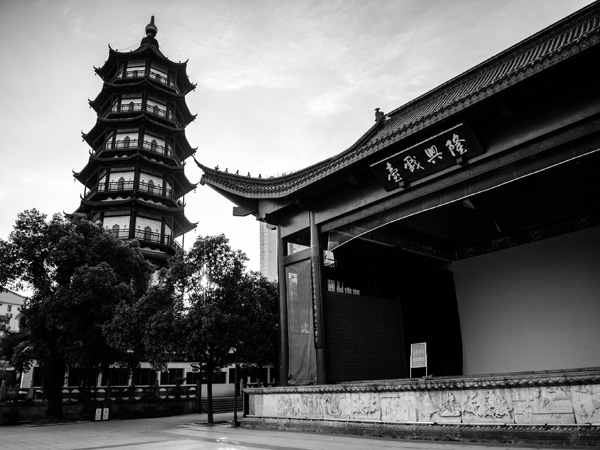 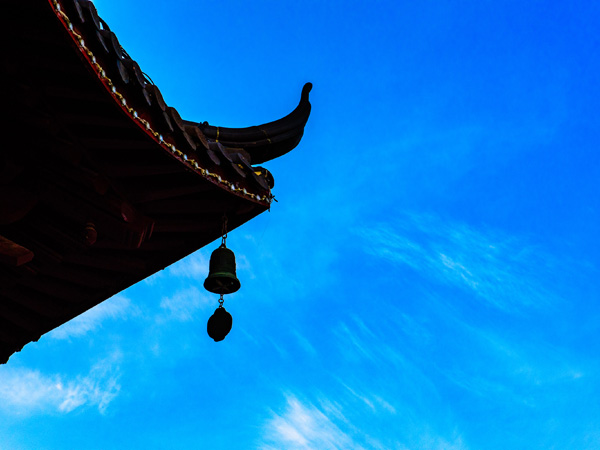 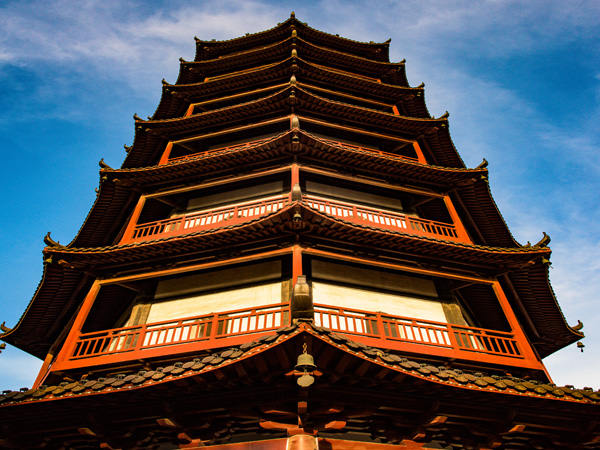 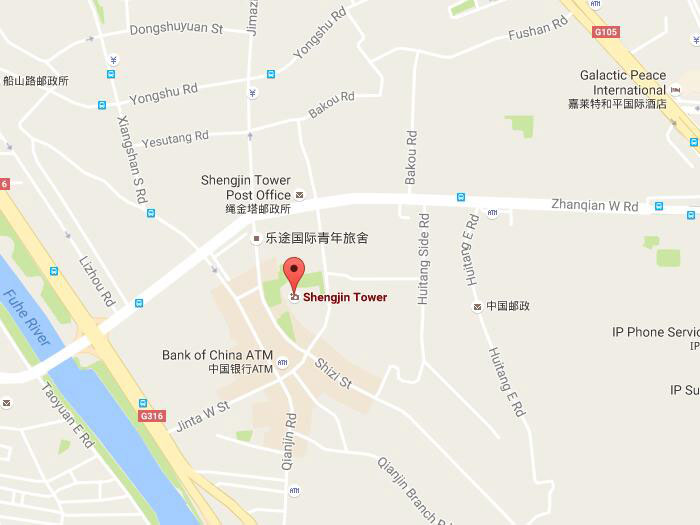 
Shengjin Tower (Rope and Gold Pagoda) stands on the east side of Shengjinta Street, Nanchang, Jiangxi Province, China, and it was built between A.D. 904 and A.D. 907 in late Tang Dynasty. So it has a history of more than 1000 years. It is said that centuries ago, a monk found a iron box buried in the ground by accident, which contained 4 sets of golden ropes, 3 ancient swords and a golden vase full of Buddha’s relics. Thus the tower, which was built on the very place years later, hence the name.

Shengjin Tower is a typical Attic-styled bricky timberwork building, with a height of 50.86 meters. Grave Sumeru as the stand, this tower appears as a 7-floor building but actually, it has one more dark layer. The whole body was designed as a regular octahedron, with pear-shaped copper top, 7 eaves paved with blue bricks marking each layer. Each layer has 4 real gates and 4 fake doors. Doors of the first layer were decorated with moon-shaped pattern, propitious-cloud-shaped pattern on 2nd and 3rd layers, flame-shaped pattern decorated on 4th to 7th layers.

There is a spiral staircase up to the pear-shaped copper top from the very first layer, which decorates a 3-meter high ornament. The inner frame of the ornament is made from camphorwood, which protected by thick copper stripes with gold gilding.

Shengjin Tower was originally built between A.D. 904 and A.D. 907 in late Tang Dynasty. According to historical records, Shengjin Tower went through many times of rebuilding. The first reconstruction happened between the late Yuan Dynasty and early Ming Dynasty, when Zhu Yuanzhang and Cheng Youliang fought against each other in Nanchang, and Shengjin Tower was destroyed in the war. After the foundation of Ming Dynasty, the tower was rebuilt by Hongwu Emperor in 1368. The second reconstruction happened in AD 1713 in the fifty-second year of Kangxi Emperor’s reign, because the tower collapsed in 1709 due to the lack of reparation. Since then, it went through reparation and rebuilding for many times in Qing Dynasty. In 1886 it was struck by thunderbolt and a fire broke out. Parts of the wooden structures were destroyed in this fire. Then it was damaged to some extent during the Cultural Revolution in 1960s. Not until it came to 1985, the tower was repaired and founded by the National Heritage Board & provincial and municipal people's government. In 2000, it was repaired again due to the corrosion of the wooden structures.