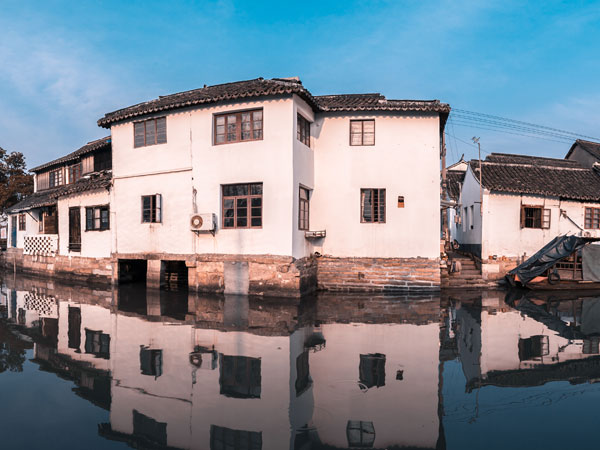 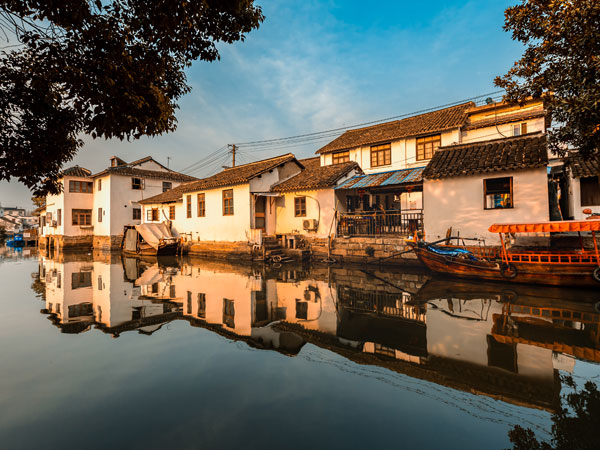 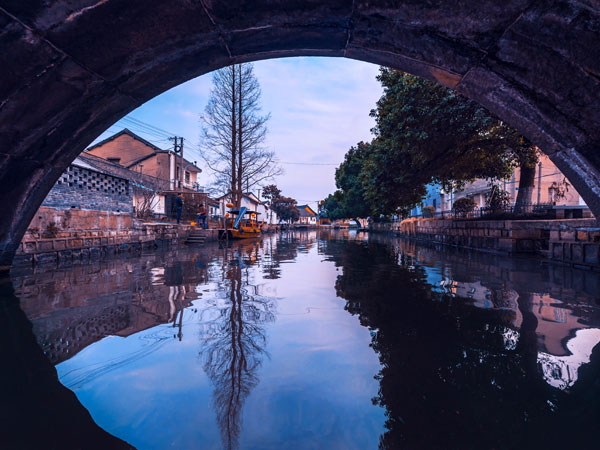 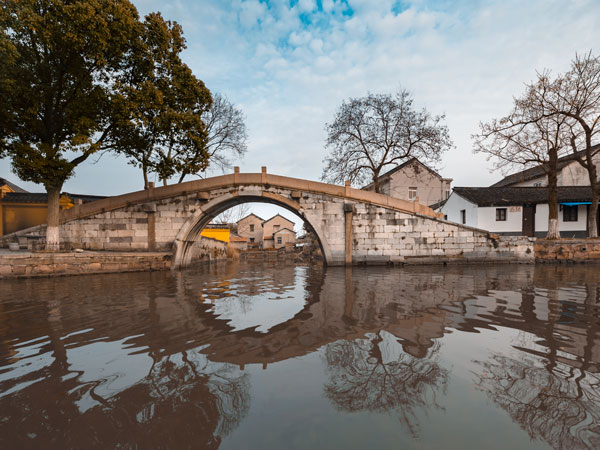 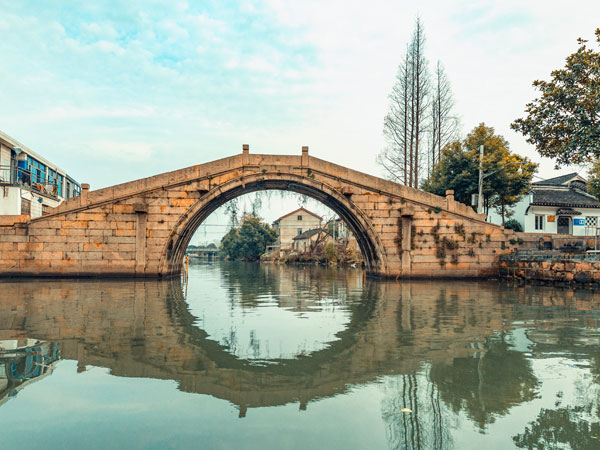 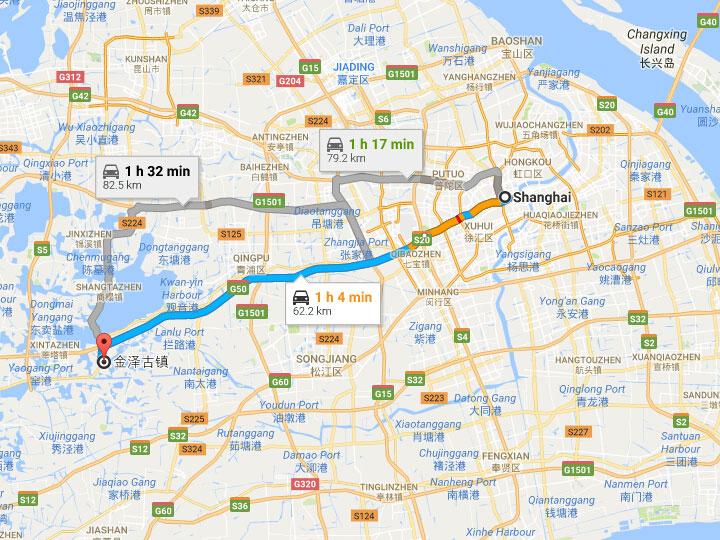 A easily-reached ancient town near Shanghai


Jinze Ancient Town locates in Qingpu District, Shanghai, is a peaceful ancient town with a history of over 1,300 years. It renowned for its crisscross waterways, but mostly for its bridges, not on the number but for time-honored bridges with different shapes and varied usage, thus it is entitled the “No.1 Bridge Town” of the southern Yangtze area. Differ with other water towns, it is a town with a little more dignity but less delicacy.

Jinze is a very small town that covers an area of no more than 0.6 square km, but within this area, there are more than 10 ancient bridges have been well preserved through the ages. Most of them have gone through the baptism of several dynasties, the longest history of which can be dated back to Song Dynasty (960-1279).

Besides, each bridge in this town, will be connected with a temple. It’s said that, during the Three Kingdoms period, the General of Eastern Wu Kingdom led an army here for defending. As the land was crisscrossed by channels and waterways, he ordered his soldiers to build bridges and set up temples on one end of each bridge to pray for safe and peace.

Highlights to See in Jinze

Among all the bridges, the oldest Puji Bridge is the one you could not miss. Puji Bridge is a typical arched single-hole stone bridge which was first built in 1267 of the Song Dynasty then been repaired in 1723 of the Qing Dynasty. This bridge stretches 27 meters, arch tracked 10.5 meters but with gentle slope. Due to the limited mining technology at that time, the whole bridge is made of purple ore, thus the body of the bridge shows a purple-puce color.

200 meters away from the Puji Bridge, Yingxiang Bridge is also a famous site, especially at night, its fine body along with the watery moon reflection, forming a wonderful scene which is one of the Top8 scenes in Jinze.

Ruyi Bridge was built in the Qing Dynasty. It is the best preserved bridge. It is 50 meters south of Animal Freeing Bridge.

【Yi Hao Temple】
This temple was originally built in 1260 during South Song Dynasty. Then it suffered from wars and turbulences for many times. It was rebuilt in 1906 during Qing Dynasty for the first time, but it was destroyed again in Sino-Japanese War. Then it was restored in 1992.

【Best time to visit】 March, April and May are the best months for a travel to Jinze; but if you plan to make the tour during June or July, you’d better bring some rain-proof clothing as June and July are the rainy season in the area.

【How to get Jinze Ancient Town】 take bus from Qingpu Bus Station to Jinze Town. It takes about half an hour to get there.