The Tang Dynasty Dinner Show(唐宫宴), a performance of Changan music and dance originated in China's Tang Dynasty over a thousand years ago. It is a must when you visit Xian.

It has been recreated in accordance with various historical records as well as ancient art and relics discovered in Xian, the capital of the empire during the Tang Dynasty. 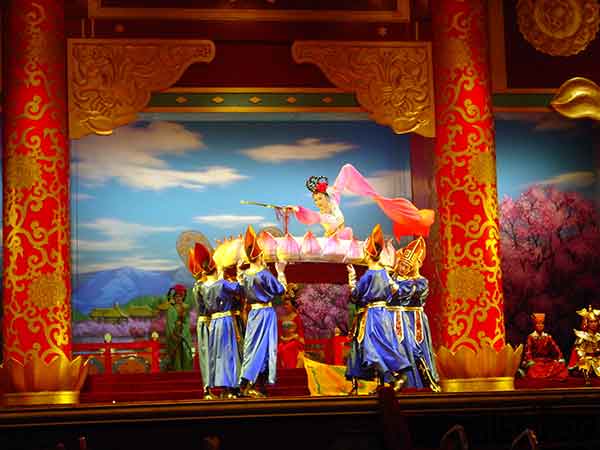 Where Can I Watch Tang Dynasty Show in Xian?

It is a brand-new way to touch the Xian culture both in facets of history and catering. During the show time, you can also have a dynasty banquet which is only can be found in Xian. 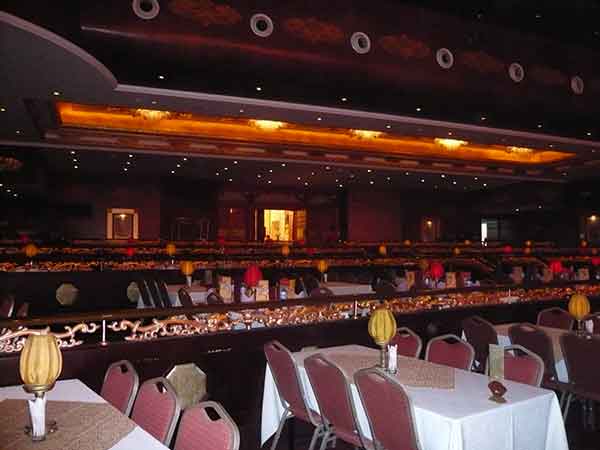 Tang music and dance show in Tang Dynasty Theatre Palace is a performance by the well-known artists in Shaanxi Province, which continuously researches and digs historical facts, and combines the needs of the market with the essence of the artistic rhythm of the Tang Dynasty music and dance.

The whole show has eight programs: "Wansui Music", "Baizhu Dance", "Da Nuo", "Rainbow and Feather Dress Dance", "Qin Wang Po Zhen Music", "Spring Tour Picture", "Chuan Ying Zhuan ", "Ta Song", Among them, the flute "Chuan Ying Zhuan" performed by Chinese master Gao Ming is the most famous. The live accompaniment of the classical national orchestra, accompanied by ancient poems, recitation of poetry and songs, and the fusion of bells, drums, harps, and sorrows and gentle dances, expresses the artistic conception of the "Sui and Tang Dynasty rhymes", allowing you to experience the art of Tang music and dance more than a thousand years ago.

Here are some performance introductions.

The first performance is a Tang Dynasty instrumental entitled Wansui Music. Various Chinese musical instruments which are no longer in use today will be introduced to you. This part aims to celebrate the appreciation of the people towards their ruler because of his brilliant rule.

Baizhu Dance features four dances of different moods. The first presentation is the WHITE RAMIE CLOTH COSTUME DANCE. The DA NUO, a sorcerer dance, was meant to expel epidemics and ghosts and to solicit well-being.

Rainbow and Feather Dress Dance has a fantastic legend. It is said that the Emperor Xuan Zong had dreamt he had traveled to the palace of the moon, where he saw celestial women, clothed in feathers and rosy clouds dancing in the sky. After he awoke, his favorite concubine Yang Gui Fei performed this dance according to his recollection. The last dance in this segment is the WARRIOR’S TRIUMPHAL DANCE which expresses the Emperor vision of the powerful, sonorous and forceful spirit of his commanding troops.

An instrumental musical is arranged for you. In this part, you can enjoy a musical called "Happy Spring Outing". With the high skills to play the instruments, the melodies convey the praise to the early Spring. And the succession performance is called "SPRING ORIOLES SONG" which originated during the Tang Emperor accession to the throne when a flock of orioles flew overhead.

The final presentation is The TA GE, a clog dance. This style of dance was not only popular in the palace but also among the common people during the Tang Dynasty. 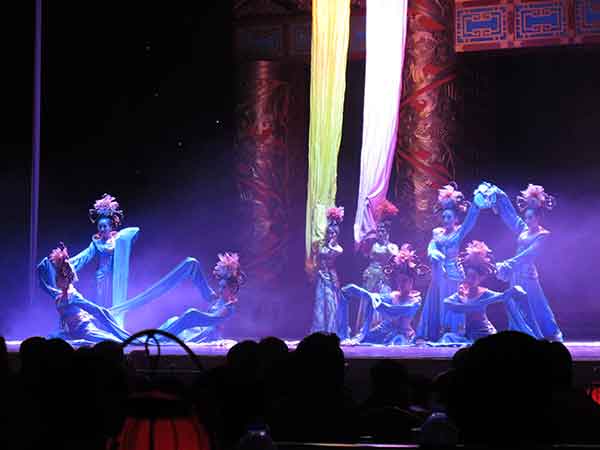 Other Theatres in Xian for Tang Dynasty Show 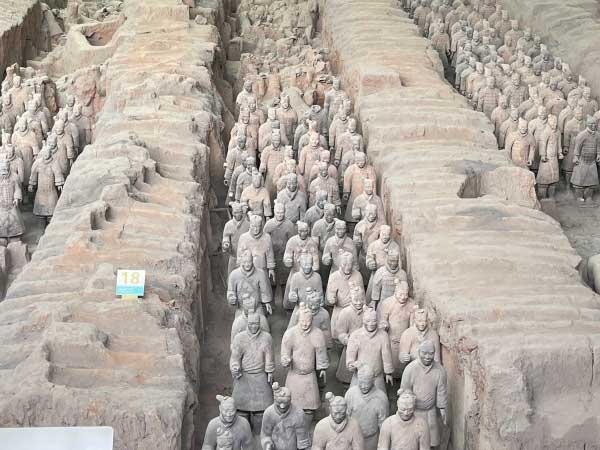