In this performance, you can see various unique skills such as the Facing Changing Show which enjoys an international fame for decades, the Hands Shadow Show which only performed by hands rather than actors.

In the tune development, Sichuan Opera is formed by high tune, Kun tune, Huqin tune, Tanxi and Xideng. Except Xideng, the other four tunes were spread from other places into Sichuan Province between late Ming Dynasty and middle Qing Dynasty. Chuan Opera is the feature of Sichuan culture. And Chengdu, the capital of Sichuan, is the hometown of Sichuan Opera. 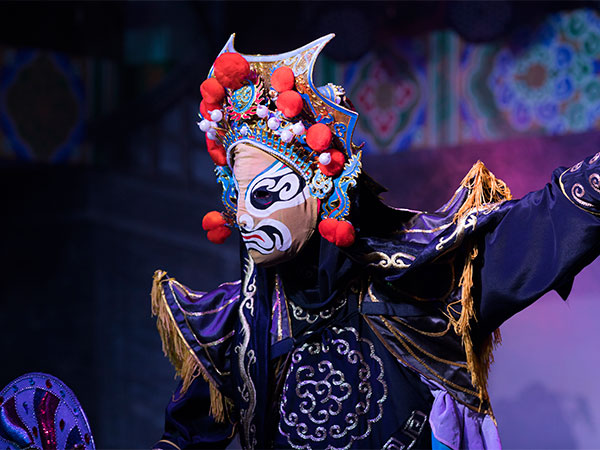 In Tang Dynasty, it was a sentence said that “Shu (the old name of Sichuan province) Opera ranks top in the world ”. And in Qianlong Emperor period Qing Dynasty, based on the local Chedeng Opera, mixed with tunes of operas in Jiangsu, Jiangxi, Anhui, Hubei, Shaanxi, and Gansu provinces, Sichuan Opera was formed into being. The high tune of Sichuan Opera is the typical feature, the rich melodies and beautiful tunes of high tune is the mainly singing style. The lyrics of Chuan Opera is in humorous style, full of Sichuan dialect tone. The lyrics are mostly the stories of folk life. Thus it is a performance popular with locals very much. 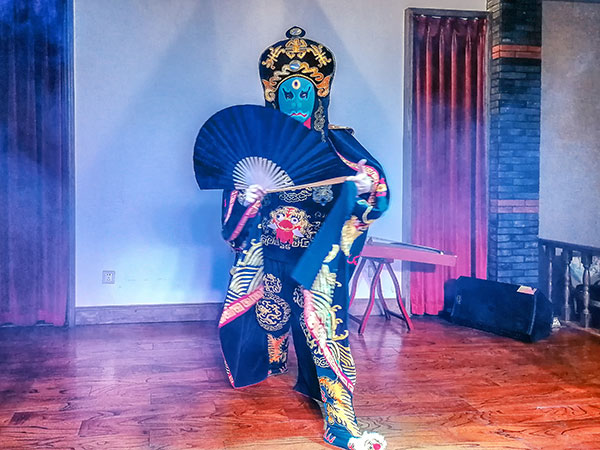 Material used in Chuan Opera facial masks was paper originally. With improvement, rough straw paper was instead of paper as the materials, screening it by smog or fan in performance process, performers tear down the masks layer by layer. After the establishment of PRC, the change face skill developed rapidly. And the material used on the masks now is silk which offers a great convenience to Chuan Opera performers. 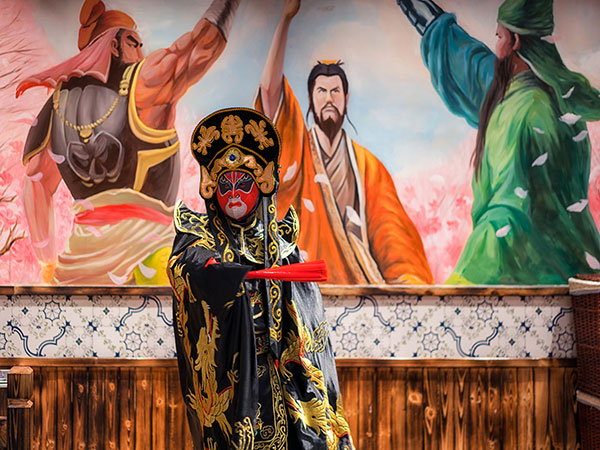 Where to watch Sichuan Opera in Chengdu

•Shufengyayun Theater
Shufengyayun Theater is the only one which has existed more than 100 years theater in Sichuna. Every night, people can see Sichuan Opera including change faces performance here.
Add: Inside Wenhua Park, No. 23, Qintai Road, Qingyang district青羊区 琴台路23号市文化公园内

•Shunxing Tea House
Shunxing Tea House in Chengdu was once titled as “one of the top 100 tea houses in China”. The structures, dining, tea culture, and performance are all in a typical Sichuan folk style.
Add: 3th Floor, International Exhibition Center, No. 258, Shawan Road, Jinniu District 金牛区 沙湾路258号国际会展中心3楼(沙湾国际会展中心南侧)