Surprisingly, this art form benefited from the Cultural Revolution. Performers in those days were labeled 'gypsies' and so the art was allowed to flourish. Performances are never dull. Shanghai Acrobatic show can be a very good night entertainment when you travel to Shanghai. There are two fairly famous place for acrobatic show in Shanghai. 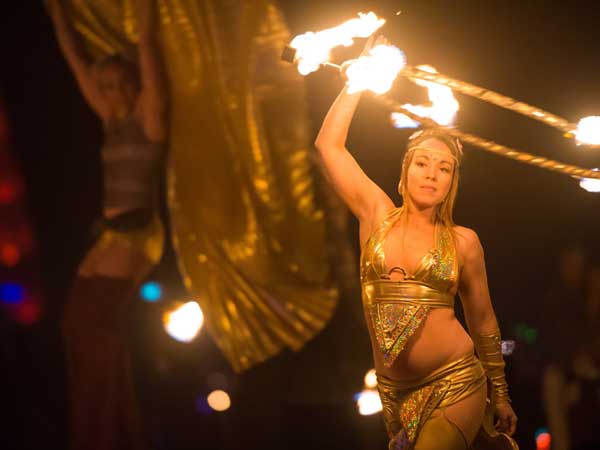 The Shanghai Acrobatic Troupe is very famous troupe of Shanghai acrobatics, established in 1951, is one of the best in China. It frequently tours internationally and performs routinely at Shanghai and other cities in China.

The boldness of their performance could attract their audience at once. And the innovative way to express the essence of acrobatics may give audience a deep impression. As an international troupe, Shanghai Acrobatic Troupe have dedicated themselves to pushing the boundaries of acrobatic technique - their stated goal was to develop an entirely new atmosphere surrounding their shows, to introduce a new way of looking at theater to the new markets and demographics its new home would bring in. 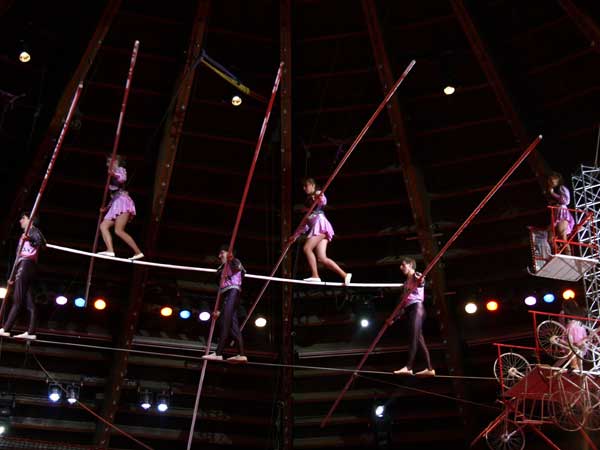 It homes ERA acrobatics show. This cavernous and circular theatre hosts one of the best acrobatic shows in town. ERA - Intersection of Time put on in the theater is a multimillion-dollar stunning acrobatic extravaganza, the first of its kind in China, ERA is a multimedia odyssey whose inspiration is a direct result of the combination of traditional Chinese acrobatic arts and modern technology. The highlight of ht show includes Mirror Mirage, Magic Water, Floating Gondola, Music of ERA, Jar Juggling, Wheel of Life, Space Motorcycles. 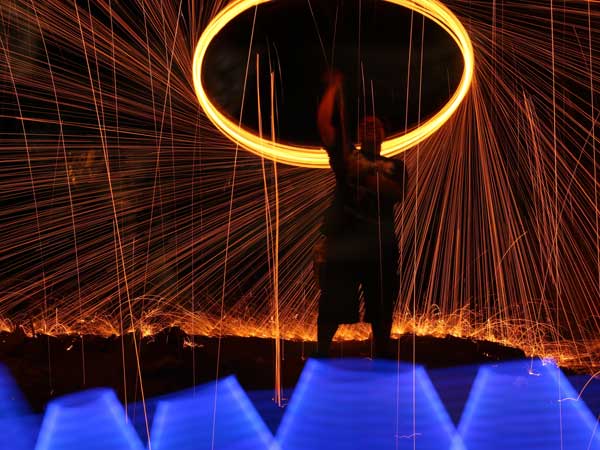 Highlights about the Show

•Mirror Mirage
The audience will see themselves through the reflection of a huge mirror cylinder with a height of 6 meters and a dimension of 11 meters. House light dims and the dream-like journey of ERA starts from the center of this mirror cage.

•Music of ERA
The music was written by a famous Canadian composer Michel Cusson, with a good mastery of the features of Chinese music. The style, the orchestration, the music elements, everything shows that the music of ERA is an excellent combination of eastern and western music.

•Wheel of Life
Keeping the wheel spinning, 6 artists practise various breath-taking actions both in and outside the 3 smaller wheels with a dimension of 2 meters each. 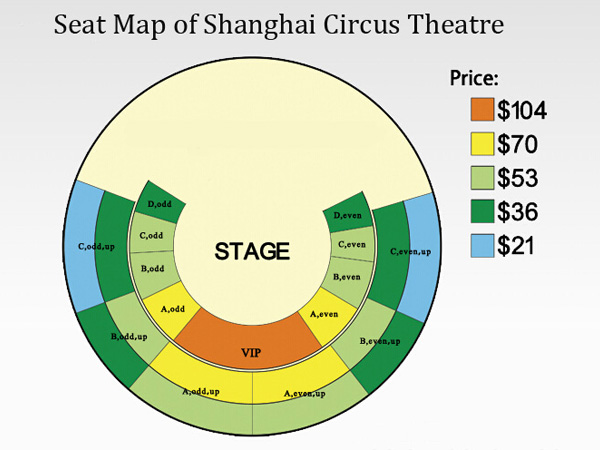 •Space Motorcycles
8 terror cotta soldier looking warriors run a motor race in an iron and steel globe with a dimension of 6.8 meters. They drive the audience crazy and bring the show to a happy ending.

There are other highlights including Magic Water, Floating Gondola, Jar Juggling and Forever. There is a saying that goes “Miss it And You Miss Shanghai”. It is really worth seeing.

In addition, one can find more acrobatics show theatres in Shanghai at Best Places to Watch Acrobatics Show in Shanghai