Most Beautiful Beaches in Dalian

As one of the most beautiful coastal city in the country, Dalian is a major destination for Chinese tourists. Dalian is the second largest city in Liaoning Province, Dongbei (Northeast), China and the largest port in northern China as well.

It is a great city to go to the seaside for a holiday. It is called the “Capital of Romance” by Chinese. Although the beaches in Dalian is not as white as in Sanya in China, Maldives, Hawaii, or other world famous coastal tourist destination, but they are beautiful as well. Here, some most beautiful beaches in Dalian and some tips of traveling to those places are introduce for you. Hope it is helpful for your Dalian tour plan.

Jinshi Beach National Holiday Resort is located in the eastern part of Jinzhou District of Dalian City, 58 kilometers away from the urban area of Dalian. It is known as the "Garden of Stone". Golden Pebble Beach National Resort District Resort is the first national tourist resort approved by the Chinese government, surrounded by the sea and the eastern and western two peninsulas. Here you can see the pink rocks, golden stones, unique stone cracks. These unique rocks are not human-made, but created by nature. Therefore, Jinshi Beach is also known as "Divine Sculpture Park". The Golden Beach in the resort is one of the largest and longest coastlines in the northeast of China. It contains the longest coastal line, widest beach, soft sand and clear water. 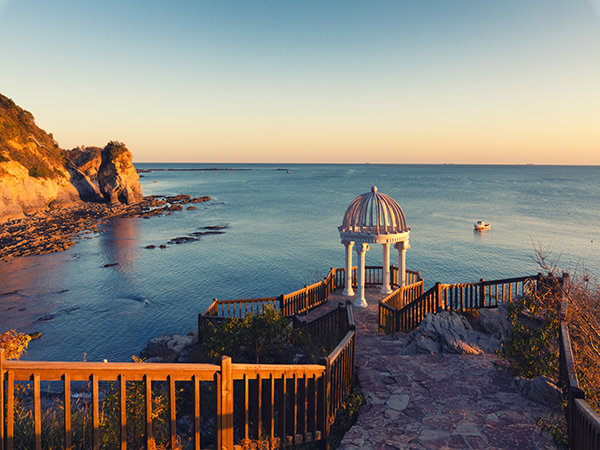 How to get there: take the Express Rail Line 3 to the terminal "Jin Shi Tan" Station from Dalian Railway Station North Square, which cost RMB 8. And it takes nearly one hour for one eay. the Express Rail Line departs about every 20 minutes. It is suggested in spend a whole day there to enjoy your vacation.

Xinghai Bay Seaside Resort is located on the southern coast of Xinghai Bay International Business Center in Shahekou District in Dalian, near Xinghai Square and Xinghai Park. It is the largest artificial beach in China. The length ofXinghai Bay bathing beach is about 2000 meters, covering an area of 200,000 square meters. It consists of three small beach baths. The sand was transferred from Beidaihe Beach. There are three docks in Xinghai Bay, from which tourists can take direct boats to Tiger Beach or Bang Chui Island nearby. There are two cruise ships that has crystal bottom. Changing magical underwater world can be showed to the toursits through the transparent bottom.

Bang Chui Island is located at the eastern end of Binhai Road and about 9 km away from downtown Dalian. This scenery beach resort features with green hills and clean seaside beach as main landscape. And it is near to Tiger Beach as well. A vast expanse of sea and sandy beaches overwhelm visitors and attract many couples to take wedding picutures. And you can also see the State Guest House on Bang Chui Island, in which many state leaders lived.

Tall pine trees on one side and the ocean on the other. You can drive and stop along the way and take pictures along the walk way and viewing platforms on the way to Bang Chui Island.

Seem Sanshan Island in the distance, enveloped in cloud and mist, it seems like a mysterious hill rising from the ocean bed. Swim here in bright blue waves or sunbathe on golden beaches would be a great way to kill your leisure time. There are also gold courses on the island, you can play some sport. In addition, the sunset here is also fascinating. 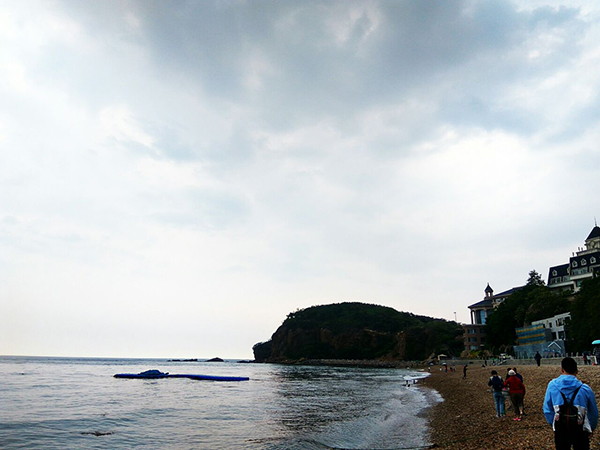 How to get there: it is only 9 km away from Dalian downtown. It tales about 20 minutes by drive. You take just hop on a taxi to get there, which would cost about RMB 20. or You Take bus No. 712 and get off at the Modern Company, then walk about 20 minutes to the scenic zone.
The best time to visit is from May to October, which has great landscape and fine weather.

Tiger Beach, or known as Dalian Tiger Beach Ocean Park, is sited in the center of the south seaside of Dalian. It covers an area of 1,180,000 square meters and has more than 4,000 meters of winding coastline. This beach features rare stones, clear water, green mountains and blue sky in the park. All these compose the beautiful seaside scenery in the park. A variety of famous tourist attractions in Dalian can be found in the park, such as the world's largest and the only facility in China displaying marine animals and polar region experience - Polar Museum; the largest scale marine life museum in Asia– Coralarium, which demonstrates the biogroup of coral reef; the country's largest artificial birdcage of semi-natural state -World of Birds. In the park also has the longest aerial railway across the sea in the country and the largest tourist vessel in the southern sea area of Dalian. The entertainment facilities in the park are also various, such as the stimulating and thrilling exploration of white water of the Jurassic, bungee jumping, pirate ship, promp dropping, and other recreational facilities.

In the above places you can find most beautiful beaches in Dalian. And they are must visit places during Dalian tour as well. 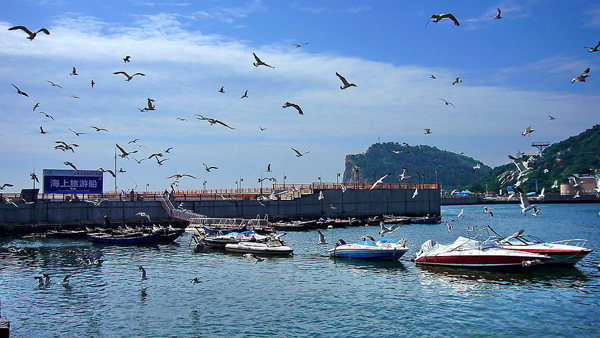 Previous: Must Visit Temples in Chengde