During the ancient time, cloisonné was a technique for decorating metalwork objects. While in our modern age, cloisonné also can be one of the famous arts and crafts of Beijing with a history of over 500 years. The charm and unique technology require rather elaborate and complicated processes. And the body is made of copper because it is easily hammered and stretched. 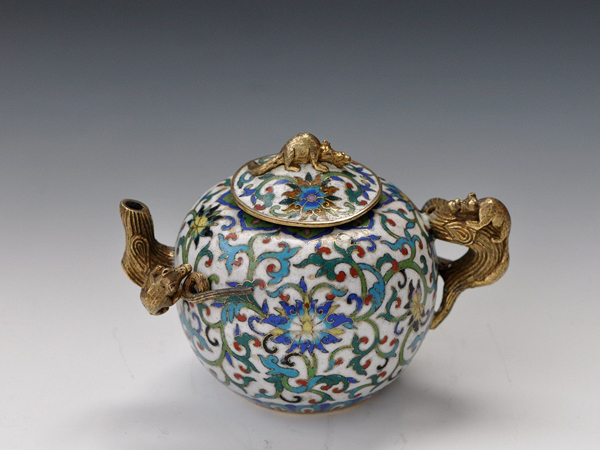 It costs about six months or even a longer time to make a piece of it in the Beijing Enamel Factory. The works ranges a wide variety, from Chopstick to vases. The making of it is quite compalicated. requires rather elaborate and complicated processes: base-hammering, copper-strip inlay, soldering, enamel-filling, enamel-firing, polishing and gilding.

China is not the only country to produce cloisonné. This beautiful artwork can be found in many countries.
In Japan, since the mid-19th century, artists produced cloisonné in large quantities of very high technical quality. And Russian cloisonné from the Tsarist era is also highly prized by collectors, especially from the House of Fabergé or Khlebnikov. The French and other nations also have produced small quantities. And in China mainland, Canton enamel sometimes may cause confusion with Chinese cloisonné. Canton enamel, a similar type of enamel work, is painted on freehand and does not utilize partitions to hold the colors separate.