The Impression of West Lake Show

The glorious show named Impression of West Lake is an optional entertainment for your Hangzhou night.

It is a large-scale live performance directed by Zhang Yimou, Wang Chaoge and Fan Yue, who directed also Olympics opening ceremony in 2008 and the Impression Liusanjie Night Show in Yangshuo, Guilin. It presents the history of the West Lake and beautiful natural scenery as the creative source, with excavation of the Hangzhou ancient folklore and mythology in-depth. Staged on the wavy, mellow and changing West Lake, the performance appears vivid and natural. Contented with the myths and legends of the West Lake, the show leads you to a sweet thousand-year dream. 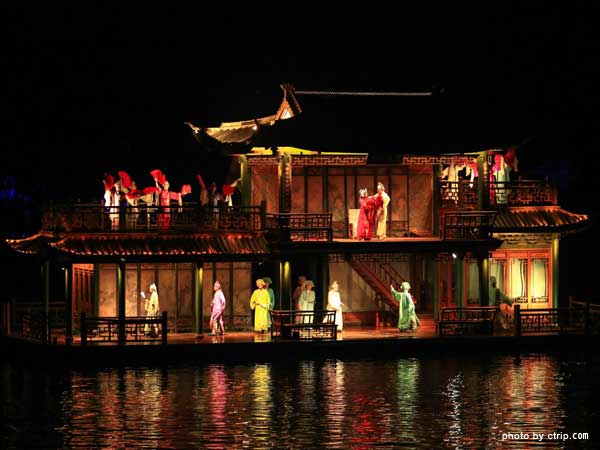 The show Impression of West Lake is divided into five acts, respectively "Meeting", "Love", "arewell" , "Reminiscence" and "Impression", which are created based on the love stories between White Snake and Xu Xian, Butterfly Lovers, which spread in China for thousands of years. This show is performed on West Lake as a stage, the sky as curtain, the surrounding landscape as the scenery, with the colorful lights and music, which is quite attractive. The young singer in China Jane Zhang sings the theme song “Impression West Lake -Rain”, which becomes one of her masterpiece. 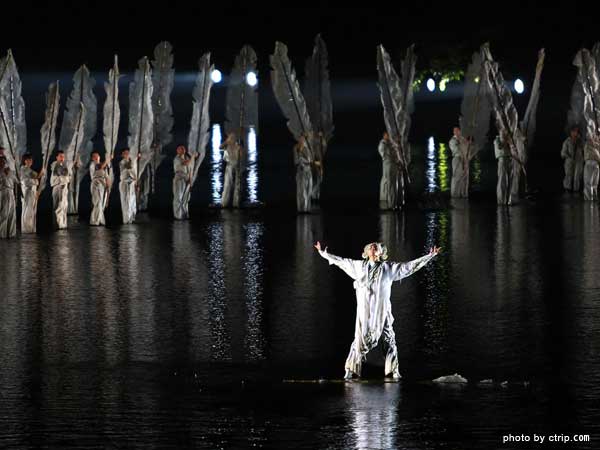 The special concealable auditorium provides a wide and bird’s-eye view. Each seat is a wonderful place to enjoy the panoramic view of the West Lake even without watching the show. The pioneering individualized sound system, combined with the sound-oriented system, is surely to offer a surprising musical enjoyment. 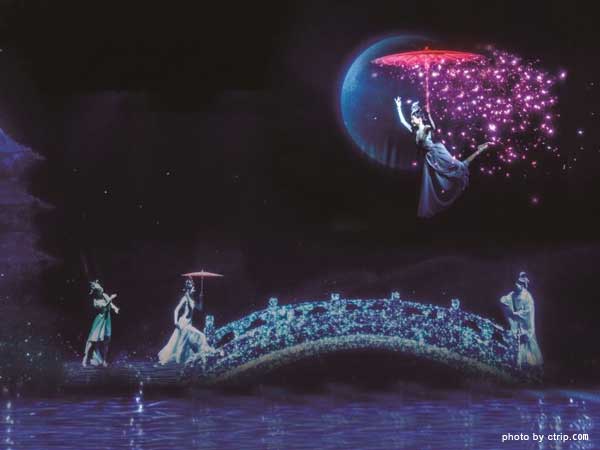 The show is base on a love story well known for Chinese. If you are not familiar with the story, just enjoy the performance. The stage is built on the lake, hence performers are seen like floating, dancing and walking on water. By the way, it is not recommended to see it in winter, as it is an outdoor performance and it is freezing cold at night in winter. 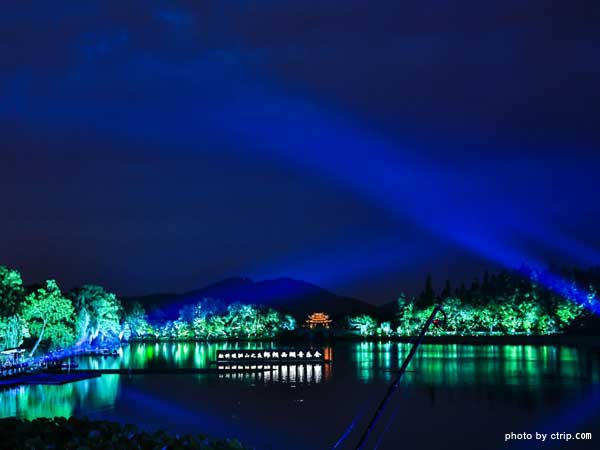 1.Hangzhou Xiaoshan Airport: Take airport shuttle bus to the Air Ticket Office, from which you can take taxi to the show for around 15 minutes

2, Hangzhou Railway Station: take Bus K7 or K27 to "Temple of Yuefei" stop. The show theatre is just on the opposite of the stop.

3, Hangzhou East Railway Station or Hangzhou East Bus Terminal: Take Bus No28 road to "Zhejiang University High School" Road where, you need to turn to Bus No81 to "Temple of Yuefei" stop. 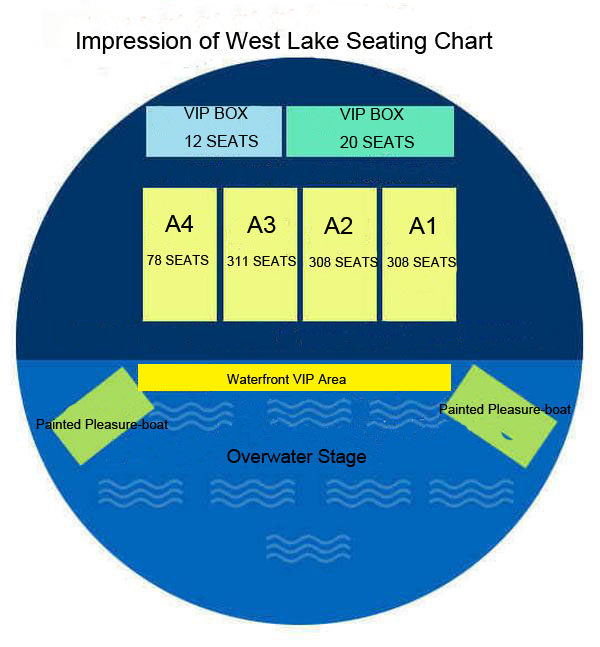