As the third largest river in China, the Pearl River measures 2,129 meters in length, with its name deriving from the Haizhu Rock (Sea Pearl Rock). When the thousand-meter long Pearl River went through Guangzhou City, a huge rock island in the center of the river was scoured time and again and became smooth and bright like a pearl, called 'Sea Pearl Rock', hence the name 'Pearl River' for the river with this rock.

Where to Take the Cruise

• Dashatou Wharf
Dashatou wharf locates at the downtown of Guangzhou, Donghu Park and Ershatou Physical Center in the east, and Dongdi Bridge and Haizhu Bridge in the west. Dashatou Wharf is the biggest wharf for tourist cruise in Guangzhou. Guangzhou government developed it into the biggest waterfront leisure square—Gangwan square (Harbor square). The Wharf can accommodate 12 cruises to berth at the same time.

Address: the junction of Jiangzhou Road and Beijing Road, Yuexiu district
How to get: take No. 183 to Nanguan bus stop 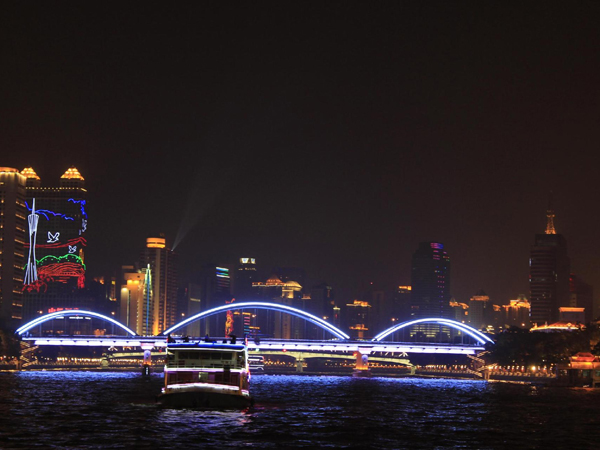