How to Get to Huangshan from Shanghai 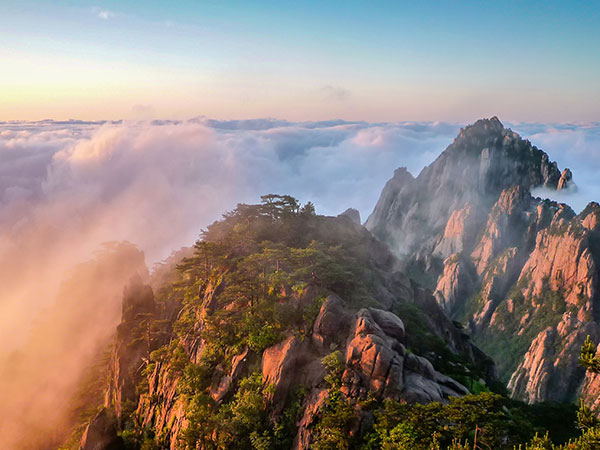 How to get to Huangshan becomes a problem to those who are planning to visit Mt. Huangshan. Shanghai is the largest gateway city, which is near to Huangshan city. It it about 450km from Shanghai to Huangshan. Topchinatravel is going to introduce the transportation between Huangshan and Shanghai in this article.

There are totally three ways traveling from Shanghai to Huangshan. They are airplane, train and long-distance bus.

There are 2 direct flights every day between Shanghai Hongqiao Airport (上海虹桥国际机场) and Huangshan Tunxi International Airport (黄山屯溪国际机场). The airfare is not high and takes about 1 hour to get to Huangshan from Shanghai. The airline companies during this journey are China Eastern Airlines and Shanghai Airlines. They both depart from Shanghai at around 13:15 and arrive Huangshan Tunxi airport at about 14:20. They journey takes about 1 hour. It makes a tour covering Shanghai and Mt. Huangshan very convenient.

It is also convenient and comfortable to take a train trip from Shanghai to Huangshan.
There are 2 direct high-speed trains and 1 fast train (standard train) between Shanghai and Huangshan every day. The high-speed train journey takes about four and half hours and the standard train journey takes 10 hours and 50 minutes. The ticket fare of high-speed train is from 304 to 948 yuan depending on which seat you are taking (second class seats: 304, first class seat 505, business seats: 948). The ticket fare to for standard train varies from 93 to 263 yuan depending are you taking a standard seat or getting a comfortable couchette.

Besides, there is another train which starts from Shanghai and goes to Yingtan. But it has a stop at Huangshan Railway Station. The train information is as below,
Train K782 12:28/00:11.