In this page, Chengdu - Chongqing Train information will be listed, including  trains' schedule, type and more details about that for your reference.

There are about 37 pairs of regular  trains traveling between Chengdu and Chongqing. Most of the trains are Electric Multiple Units Train (D-tyle trains), and there are also a couple of Express Trains (T-type or K-tyle Trains).
The D-trains is the best and fastest train category between Chengdu and CHongqing. Currenly, there are 27 D trains, which takes about 2 to 2.5 hours on the way. It operates from 7:00 am to 9:30 pm every day.

There are about 7 K or T trains traveling between Chengdu and Chongqing, which takes 4 to 5 hours on the journey.

Trains operate from 7:00 am to 9:30 pm. You can take the one that meets your travel schedule.

Attentions: Train information of Chengdu - Chongqing is for your reference only. Please check the ticket information including the tickets fares at the railway station or by your TCT tour advisors separately.
Notes for Booking Train Tickets
1. Booking an original train is easier than booking a passing-by train. You can book a train ticket 10 days in advance at most. TCT higly suggest you to book trains as soon as you can. And during summber holiday or National holidays, trains tickets are quite hot and hard to buy. There are four ways for visitors to buy train ticket: at the Railway Station, by online ticket booking system, by Telephone and booking through travel agencies. Visit How to Book China Train Tickets to find out the details.

3. In China, taking a train is a comparative cheaper way to cut down the travel cost. While correspondingly, the comfortable level is lower than by air.
Luggage: you need to take the luggages by yourself and keep an eye of them on transporting time, no luggage-checking service on the train
Tips for Travel to Chengdu and Chongqing
Recommended Trains
One are recommended to take D trains between the two cities, for it save travelling time and is more comfortable than ordinary trains.

Best Time to Visit Chengdu
From March to June and from September to November is the best time to visit Chengdu in Sichuan Province. It is very misty all year, and the sunny days are few. July and August are the hottest time in Chengdu.
Best Time to Visit Chongqing
The best time to visit Chongqing is in April, May, October, November each year. Known as the capital of fog and the city of mountain, Chongqing is always in rainy or foggy days in rest time of the year. 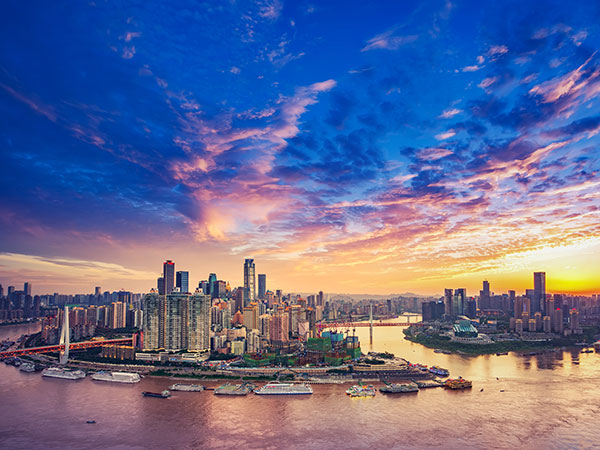 Try to avoid domestic Travel Season
The most crowded seasons in China are Chinese Spring Festival (usually in late Jan or early Feb.), International Labor Day (May 01 to 03) and National Day (Oct 01-07). Spring Festival and the National Day golden week are the most crowded time for travelling. Try to avoid to travel in those periods, for it is hard to buy train ticket and everywhere is crowded.
Related Information
►More transportation information: Chengdu Transportation
►More travel information: Chengdu Travel Guide
►Recommended China to Chongqing and Chengdu: 14 Days Amazing Journey to the Wonderland(Beijing-Xian-Jiuzhaigou Valley-Chengdu- Chongqing-Yangtze River Cruise-Yichang-Shanghai)